Basestealing, Punting, and Charitable Celebs in my Hometown

Basestealing, Punting, and Charitable Celebs in my Hometown

MAB Yankee show in Fairfield, NJ, was quite lacking, but with the 15% discount I went for Rickey Henderson, baseball’s greatest leadoff hitter and stolen base king. I got there a bit late (overslept), but they directed me to where Rickey was. I printed out my usual for sports greats, this time the A’s checklist from 1992 Upper Deck #90, V. Wells artwork. Did it in 11x14 format, and bought a yellow paint pen too. Rickey signed it great, then joked with me about how we’d always boo and yell his way in LF at Yankee Stadium. He then did a photo with me graciously.

I went home and chilled for a few hours, before heading to Staten Island for a free signing with NY Giants punter Sean Landeta, from the Super Bowl XXI/XXV era. It took place courtesy of Big Event, and was at a diner. The diner was thankfully 2 minutes from the bridge from NJ to SI. Sean signed my SB XXI piece, an old card, and a small handout that he had. Home I went. 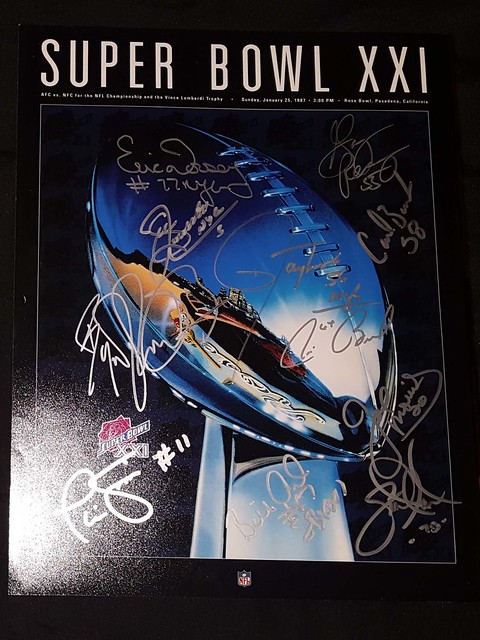 I headed out to an annual ALS fundraiser in my hometown, organized by MLB umpire Phil Cuzzi. My uncle always goes, and I went again with him. This time the guests were not big time names, but I needed a few. All are kinda mystery in terms of who is showing up. One name I just never see randomly was Steven Schirripa from The Sopranos. Also there was Gerry Cooney, former heavyweight boxer, who I used to see many times at Giants Stadium for Notre Dame games, in the parking lot. Uncle Floyd was in attendance as well, and gave a hilarious speech. The guest of honor was former MLB manager Jim Leyland of the Pirates, Marlins, and Tigers. I got a photo with him as well.

Uncle Floyd in the house

Lots of autographs for auction.... 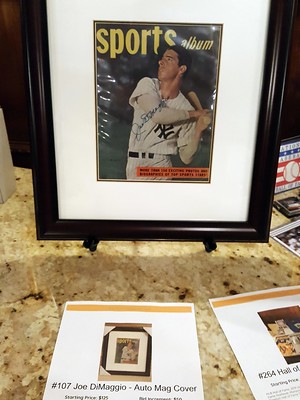 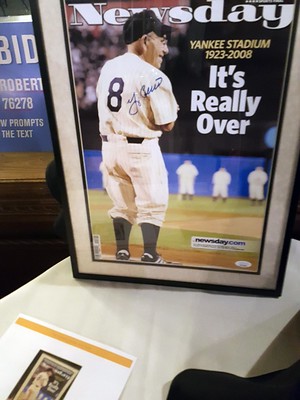 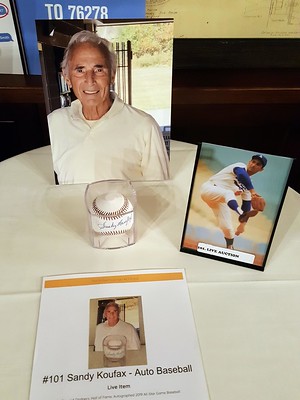 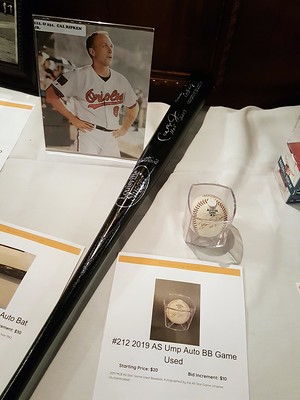 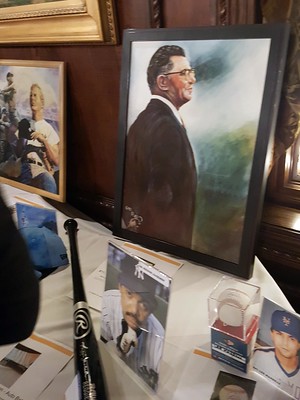 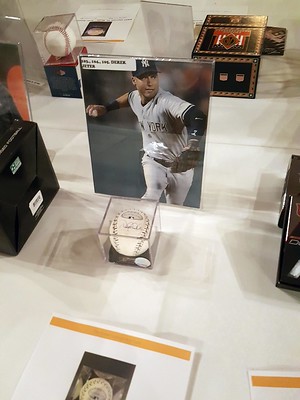 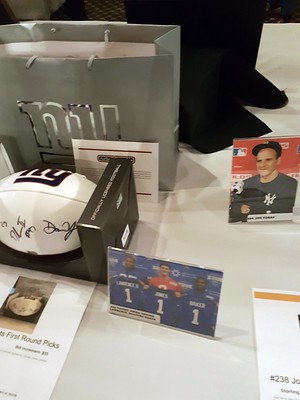 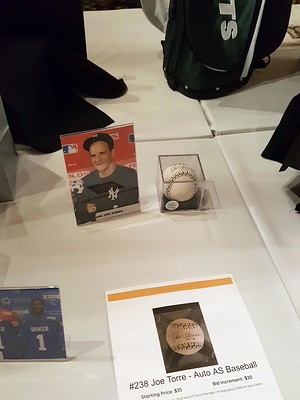 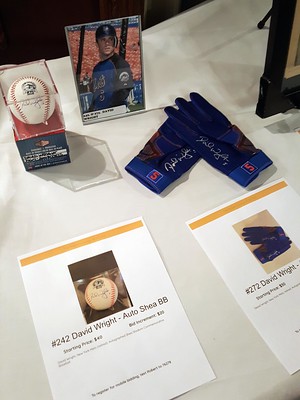 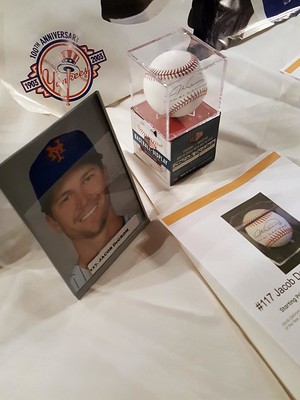 one of my favorite players, love the rickey photo! been to many rickey h. days at the A's ballpark
Top

Greg, that Henderson is sweet! Did you scan a copy of the card, then print?
Thanks!
Top

I pulled a few scans of ebay and whatnot, as I didn't have one that I could find. I wanted to order one then scan it, but none of the sellers seemed likely to get it to me in time. I photoshopped it a bunch though, to clean it up. Luckily with something art-based, you can shoot up the resolution and it won't make a big different when it's printed. Walgreens prints 11x14's in a semi-gloss on harder stock than say Costco, so the paint pens do well on them.

Those are the others I've done in the last couple years. I would like to get Nolan Ryan, Magic Johnson, Larry Bird, Dan Marino, Wayne Gretzky, Mario Lemieux, and Griffey Jr. on some if possible. 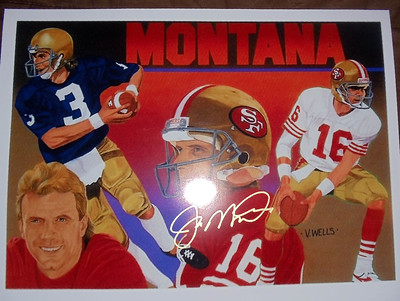