While we had been planning on going to the New York Guardians Home Opener since the day tickets were released, Lucas and I recently changed our game plan. We originally had bought some standard lower level corner seats, but Lucas got an email with a promotion that included Pre-Game Field Access so we sold our original tickets and bought these instead.

While watching yesterday's inaugural game and looking at instagram we noticed Shane McMahon on the field prior to the game. As a result, I printed my old op and dug my Shane McMahon MW32 Dollar Bills from a box, grabbed my He Hate Me jersey and packed up for the game.

Gates opened at 12, and we were inside by 12:02. We immediately got our credentials, and found an usher to walk us to the field. We were 2 of the first 4 fans out there.

As we approached the 50 yard line, I spotted Shane in a suit talking to a few people. We asked the usher were we were able to stand and he said anywhere within the roped off area, and that was all we had to hear. We ran back over to where we had walked in and grabbed a spot right up at the rope. Immediately we caught Shane's eye and asked for an autograph. He came over, shook our hands, introduce himself, signed autographs for us, and took photos. I opted to just get 2 autographs, although I did have 5 items. From there a few other fans who had since arrived started asking him for autographs. He was gone within 5 more minutes. 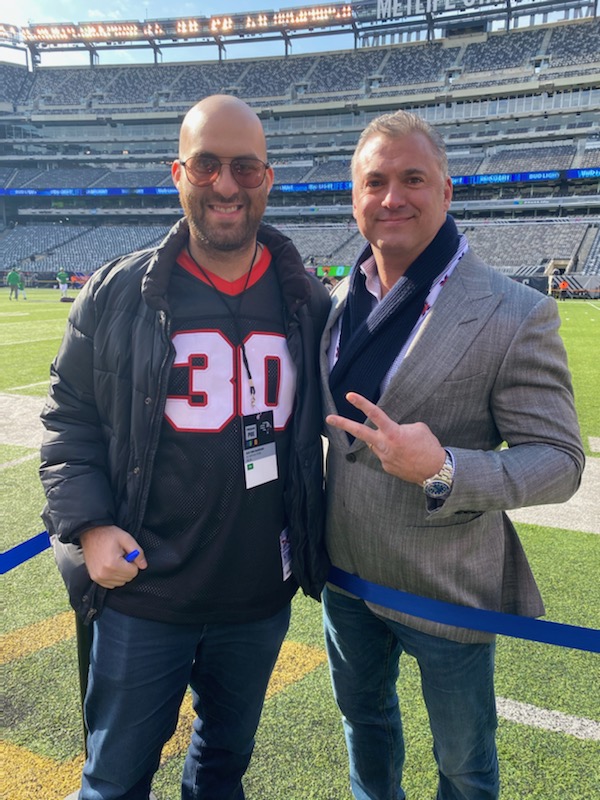 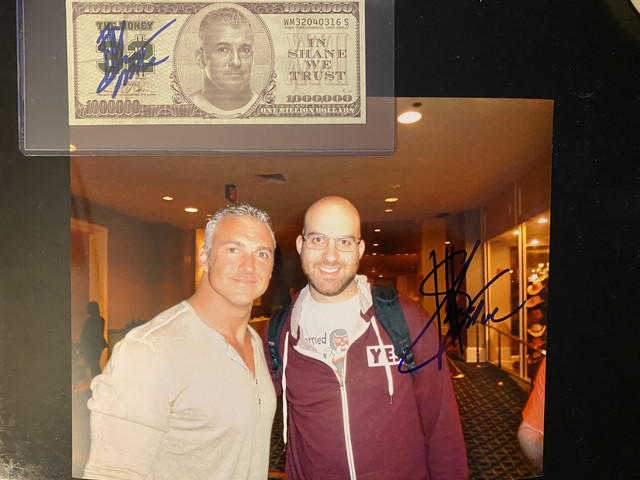 We hung out on the field for another 75 minutes or so, and during that time Shane came back. He shook EVERY fans hand who wanted, he introduced himself to everybody, took photos, and signed autographs. He literally was working the rail until the game started. I probably could have gotten 1 more signed when he had come back out, but I opted to not push my luck. 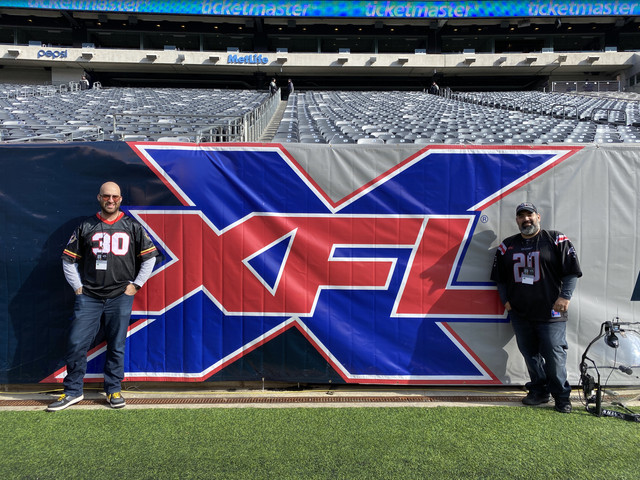 We took our seats and caught a very entertaining game! At halftime we met up with MarkedOut OG Evan, and watched the 2nd half from the 40 yard line. The Guardians blew out the Tampa Vipers 23-3. The rule changes definitely make for a most interesting and quicker game. I look forward to making it out to my next game. 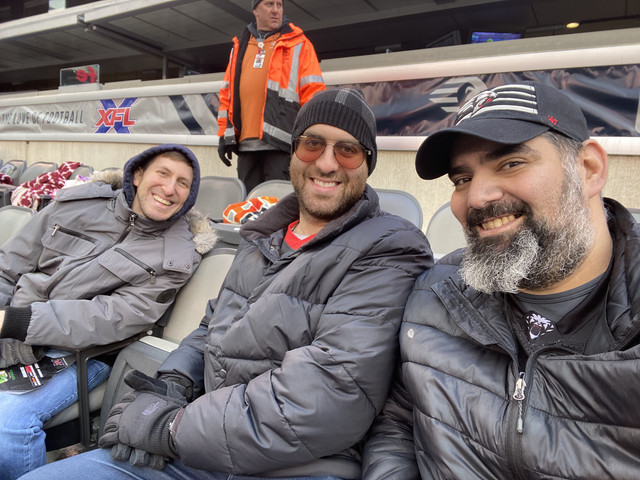 Awesome! I'm really enjoying the games so far, and will probably hit the game at the end of March
Top

Not sure how successful this league will be, but this looked like a great time and you can't beat the autos and photo plus the game for that price.
My collection:
https://www.flickr.com/photos/woodmo/albums
Top

Great pics with Shane O'Mac. I was sitting in the front row and only saw him on the scoreboard!
Top
Post Reply
5 posts • Page 1 of 1