This is the place to post reports from signing or on the street meets
Forum rules
DO NOT post the location for on the street meets. To keep the spots from being too crowded, we don't allow locations to be posted. You may only post location details about pay meets and organized free signings.
Post Reply
2 posts • Page 1 of 1

Last night former Eagle guitarist Don Felder (the composer of "Hotel California") played at Jergel's, a club that's about a 5 minute drive from my house. I thought the price for a meet and greet was pretty reasonable compared to many meet and greets so I decided to go for it.

I got there, had some dinner and when 7:30 rolled around I went to the meet and greet registration where they led us upstairs to a room where he waited to greet everyone individually and get their photo taken with him. The email I got sent earlier in the week said he would sign but couldn't sign guitars or Eagles items which might account for me not seeing anybody else bringing anything to sign.

I grabbed my picture and asked him to sign an 8x10. He was happy to do it and pulled out a black sharpie. Fortunately, I had the foresight to bring a silver sharpie as the picture background was fairly dark. He was extremely nice and after grabbing my bag of swag (a tote bag, pre-signed poster and a t-shirt, I went back to my seat and watched his show which was full of Eagle's songs, a Stevie Ray Vaughn cover, a couple from his recent solo albums and the title song from the soundtrack of the 80's R-rated animated sci-fi anthology movie "Heavy Metal". 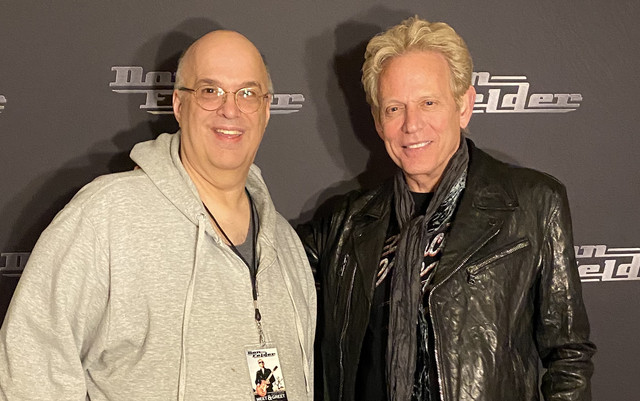 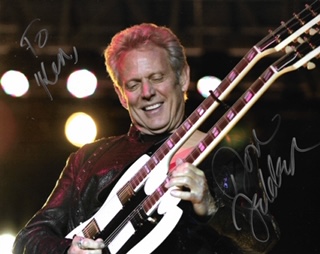 Very cool, loved his work with the Eagles. He really came across as genuine and still laments not being part of the band.
The Paunch Stevenson Show pop culture podcast : http://www.paunchstevenson.com
Top
Post Reply
2 posts • Page 1 of 1