Lucas tipped me off to this event and while usually, I would not be one for a Knicks event, Marcus Camby was able to change that. Aside from having a great first name, I was actually at the 1996 Draft when he got drafted, and have wanted to meet him since. Back in 2010 I was in Denver, and I stopped by the Pepsi Center Store and they had a clearance sale on Game Worn warm ups, I had picked one up from Marcus Camby, JR Smith and 3rd player who escapes me. I have been sitting on them for years, and this event finally allowed me to get one signed. Just to show how big the Camby one is, it's a 3XL+2. The photo pictured below is an 11x14 not an 8x10. In late December there was a Christmas Sale for this event, and it offered $10 off all tickets. I opted for a combo + 1 for Camby as well as photo ops from Kelly Kelly and McKenzie Mitchell. (Also at this event were Willie Anderson, Walt Williams, and 3 Playboy Cover Girls, but I opted to pass).

Got there about 30 minutes early and sat with Lucas & MishedOut as they finished dinner. The line was about 20/30 people, which I was surprised to see it wasn't more crowded. Lucas and I entered the room for and made quick work. First I got the photos with Kelly Kelly and McKenzie. I then went to the Marcus Camby and he didn't seem all that thrilled to be there. I told him my name was Marcus, and he responded as if he didn't understand. I did get him to inscribe my photo "From One Marcus To Another". I then brought out the warm up, and told him it was game used, he didn't care. I asked him for a photo and he didn't stand. Later Lucas got him to stand, and I should have asked for a re-take but I didn't. 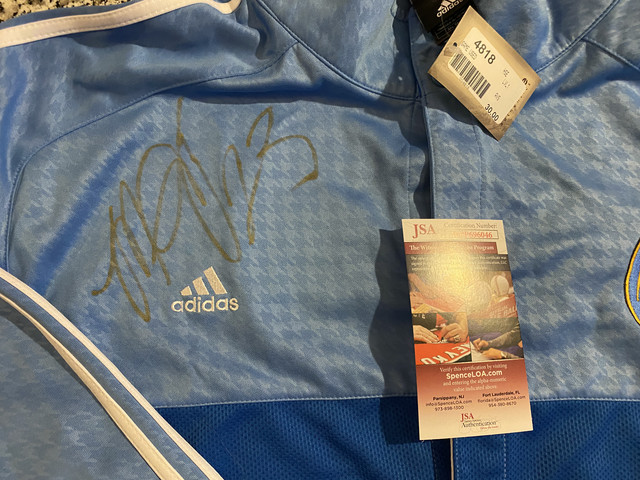 All in all, the event was very well run and quick, we were done in about 10-15 minutes. The room wasn't too crowded. The WWE talent was happy to be there which was nice. Depending on who Jason brings in next time, I will likely be back for another one of these.
Top

Geez sorry to hear about Camby. I hate it when these people get paid for these appearances yet still want to do the bare minimum. Everything came out great, though!
Feel free to visit my blog concerning wrestling conventions, signings, and meet & greets!
https://squaredcirclecons.com/
Top

Never liked Camby, felt he was trouble in college, and underachieved badly in NBA. Great pic with Kelly Kelly though, how is that woman NOT on WWE programming anymore?
The Paunch Stevenson Show pop culture podcast : http://www.paunchstevenson.com
Top

sucks he wasnt into it- met him once randomly in HS at a Fordham Game, and he was nice as can be, got 2 items i had on me signed (Knicks hat and ticket stub) but of course no ready cams at the time. good autos though
Top

Thanks for all the replies. Lucas pointed out that I didn’t post the op I did get with Camby. Was an oversight: 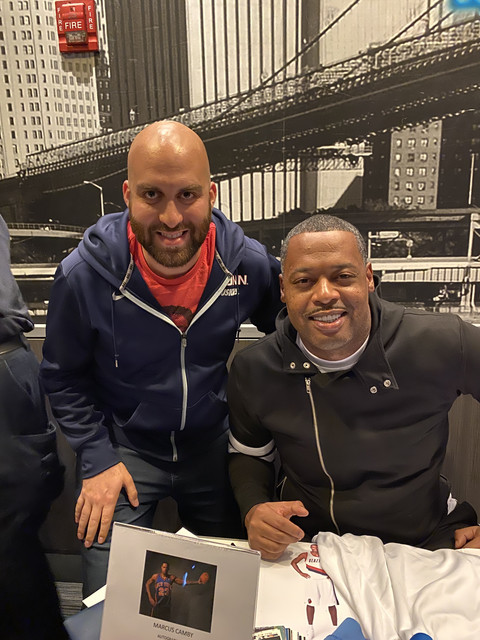