I am a huge fan of Farscape so when they first announced months ago that New York Winter Con was having actors from the cast I immediately was in. I bought a "Farscape Frelling VIP" pass for myself and a regular VIP for my wife, ordered the photo ops I wanted and booked our flight and hotel.

This past weekend was the big show and we arrived Friday evening at the con start time. They were a bit disorganized and didn't have the swag that comes with the VIP badges ready and said we could come back for it later. That was fine as the swag was just a bonus and I was there to meet the cast members of one of my all time favorite science fiction TV shows.

When I got there and looked around I noticed there was no table set up for Virginia Hey (Zhaan) and confirmed she had cancelled. That was disappointing but not the end of the world for me. I checked Ben Browder and Claudia black's tables and confirmed that they weren't coming until the next day. Not too long after 3 of the cast arrived. I had met Gigi Edgley (Chianna) before as she has been a regular con guest for years and Kent McCord (Jack Crichton) so I skipped them.

First up was Anthony Simcoe (who played D'argo). He was tall, friendly and enjoying himself meeting fans. He said he has been retired from show business for a few years now. I got his autograph and later got his pro photo. 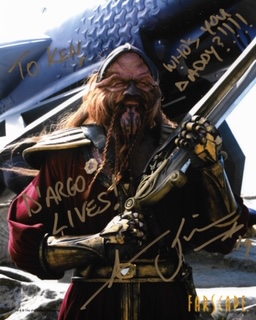 Next up was Lani Tupu (Crais and the voice of Pilot). He was also having a good time being there and was excited when I said I enjoyed his short guest shot on "Preacher" this year. I got his autograph and grabbed some dinner before my photo ops with Simcoe and Tupu. 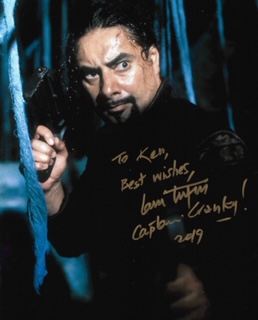 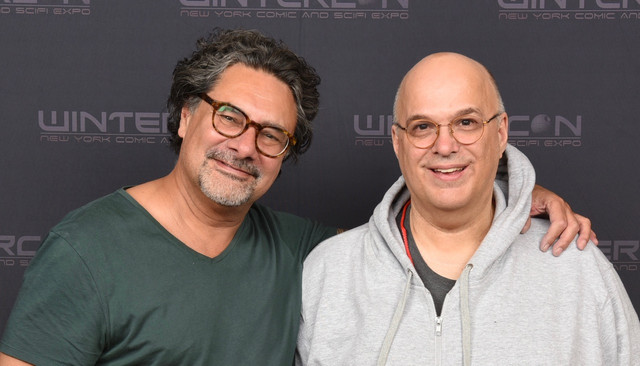 The photos went quickly and we were out and back to the hotel.

Saturday morning we were back at the con and I went straight back to the tables for Ben Browder (John Crichton) and Claudia Black (Aeryn Sun). This led to another case of disorganization from the con runners. They had set up a single VIP line for both Claudia and Ben and they were letting 1 from the VIP line then 1 from the regular line. That alone made the speed pass for the Farscape VIP worthless for me because I could have actually got to them both faster by getting in the regular lines.

Claudia arrived before Ben so I got to meet her and grab her autograph. She was very nice and enjoying herself. 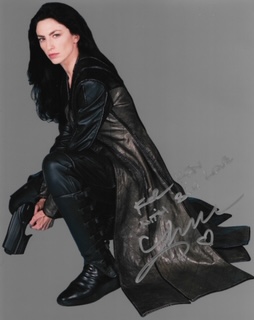 Then it was over to the regular line for Ben Browder because it was shorter than the VIP line. Browder was having a lot of fun with fans signing and taking selfies. I like it when celebs operate your camera and takes the selfie themselves. They usually give you multiple shots with a lot of variations. I got up to meet him and he laughed that he was Ben, the girl just before me was Jen and I was Ken. I grabbed an autographed photo from him and even though I had already paid for a pro photo, I decided that since Virginia Hey was a no show I'd go ahead and get the selfie experience as well. 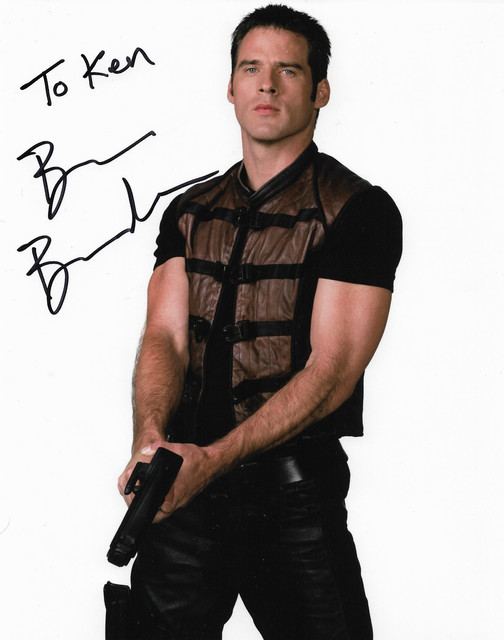 Later I went to get my pro photos with Claudia and Ben. Once again, encountering some disorganization as the photo area was too small for the lines that day, they were letting people line up too early making for larger lines and there was no indication as to what line was for what. I got my picture with Claudia and by the time I was going in to get my picture with Ben Browder they were just setting up line control dividers. When I got into he photo area and got ready for my Ben Browder photo, the photographer had to stop for a few seconds and swith SD cards. This led to some amusing small talk from Ben Browder. "Hey anything new since I saw you at the table?" 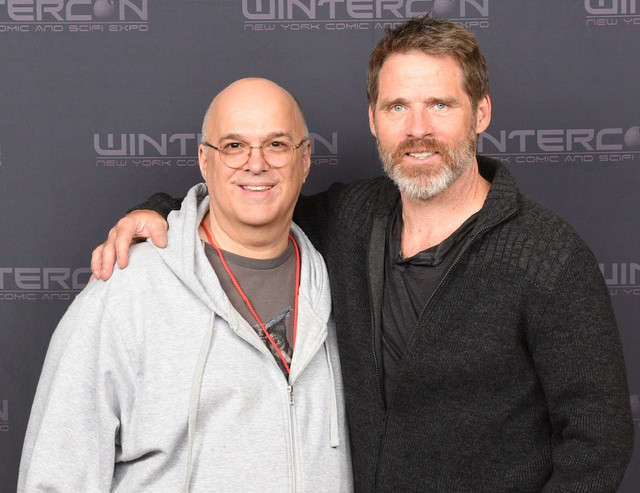 I hung around for the Farscape cast reunion panel and I think it might be the most enjoyable celebrity Q&A panel I've ever seen at a con.

All in all, I had a great time and met for the first time, four stars of one of my favorite shows.

Great report, and I appreciate your intel on what was going down (while I was on my way).
The Paunch Stevenson Show pop culture podcast : http://www.paunchstevenson.com
Top

Meeting casts of favorite shows is always very rewarding. It looks like you got some great stuff, I love how everything turned out.
My collection:
https://www.flickr.com/photos/woodmo/albums
Top

Awesome to read that the cast was so friendly though it sucks to hear about the con's disorganization.
Feel free to visit my blog concerning wrestling conventions, signings, and meet & greets!
https://squaredcirclecons.com/
Top

Hey Cozmik, I forgot to ask, did you stay later on Saturday? I left, but apparently they had his gal in "Diva" cosplay performing the Fifth Element "opera" scene. I saw it on their Facebook page.
The Paunch Stevenson Show pop culture podcast : http://www.paunchstevenson.com
Top

Greg2600 wrote: ↑
December 1st, 2019, 8:36 pm
Hey Cozmik, I forgot to ask, did you stay later on Saturday? I left, but apparently they had his gal in "Diva" cosplay performing the Fifth Element "opera" scene. I saw it on their Facebook page.

No, I was on my way out when I saw you after the Farscape panel.
Top