Last night was another Evolve show in Queens, and as usual I was there. I had a few wants, namely Evan Bourne, NXT's Reina Gonzalez and I planned on getting an upgrade of Adam Cole, since he's probably my favorite wrestler currently and I expected him to be

with the belt and an upgrade like that would be well worth the $20 for me.

I got there around 5:20 and made it inside fairly quick. I was with Ira and Jen, and we made our way to the meet and greet area.

While picking up my tickets I asked the guy where Evan Bourne would be set up, since I knew his meet and greet was run differently and we were instructed to pay him directly. Well the first guy said "who?", then said he's not at this show. I replied with what are you talking about? The other guy chimed in and said "no, he's booked, I just don't know where he will be setting up". Okay, great.... Well, he didn't set up pre show anywhere, and I figured he would be setting up after, but during his match he took a bad kick and legit left and they stopped the match. His opponent Leon Ruff was by the bar in his gear crying, I guess he never really hurt someone before and he was shaken up. Paramedics were tending to him for a while from what I heard. Needless to say he didn't set up after and frankly I didn't even want to wait and ask him outside since that felt low given I didn't even know his condition. I am sure I will see him elsewhere.

Well onto who did show up! Reina Gonzalez was first and she was suited. I don't know what kind of impact she'll make but it was nice to get her now. 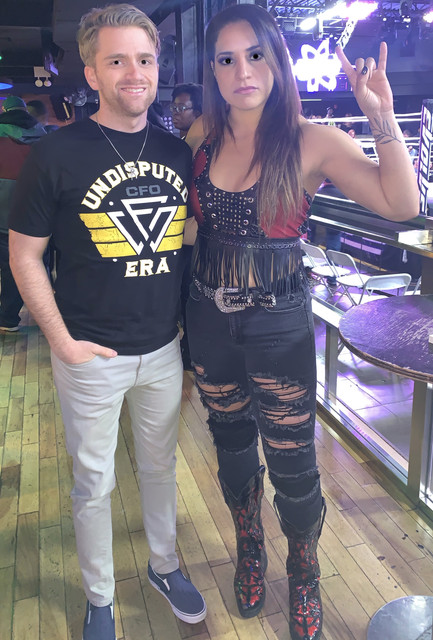 After that I went on to Adam Cole, who was fully suited in his usual black jeans, sleeveless U.E shirt, arm band, and title belt. This photo turned out tremendously IMO and despite not getting Bourne, made me satisfied with my night. 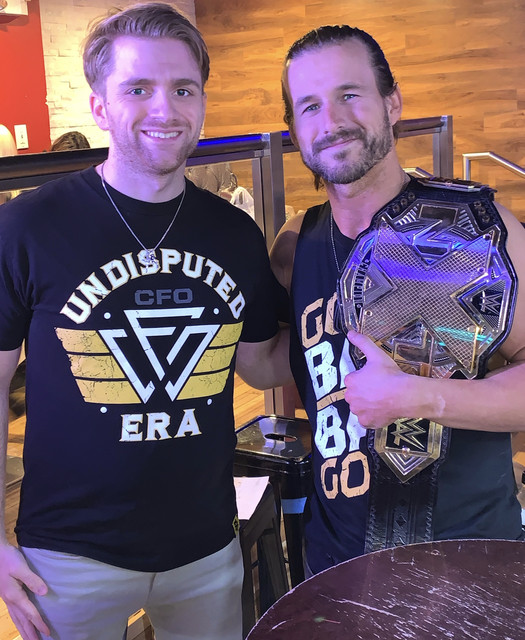 What’s with your eyes in the first pic?

The red eye was the worst I’d ever seen! The app I use to fix that kinda thing couldn’t cover the red no matter what I did. I probably could’ve done a better job on the laptop but I didn’t bother opening it lol
My collection:
https://www.flickr.com/photos/woodmo/albums
Top

Isn’t know Reina was on the show.. one of the few names I have yet to get..

Good stuff man.. I’m sure Even will be back
Top

Sucks about Evan but he is around, the Cole op came out perfect and thankfully not to far out of your way
Top
Post Reply
8 posts • Page 1 of 1