This is the place to post reports from signing or on the street meets
Forum rules
DO NOT post the location for on the street meets. To keep the spots from being too crowded, we don't allow locations to be posted. You may only post location details about pay meets and organized free signings.
Post Reply
2 posts • Page 1 of 1

RICC I guess was a week earlier this year, and good thing because it will be FREEZING this weekend! The good and righteous Mr. Lanza graciously picked me up, in the dark, at 6:30AM. Hope he didn’t mind but I slept half the ride up. We got in and parked in a garage by 9:40. Asian Dave escorted me in, while Lanza had a VIP. We hemmed and hawed about splitting the Vacation Griswold family op, but decided against it. I didn’t think they were that, that bad, to be honest, but between the extra $150 each and the time spent, we declined.

Anywho, everyone I required was up in the convention center, on the fifth floor, which was convenient. First stop was Mike Quinn, who played Nien Nunb, Rebel co-pilot in Return of the Jedi. Honestly I’m not sure how I haven’t met him before, but he’s also a well-known Muppet performer. I met up with His Jabroni-ness and we split the Agents of S.H.I.E.L.D. duo Henry “Mack” Simmons and Natalia “Yo-Yo” Córdova. I love the series, and these were the last two primary cast members I haven’t met. Meanwhile Lanza was in the bowls getting GOT star Alfie Allen. 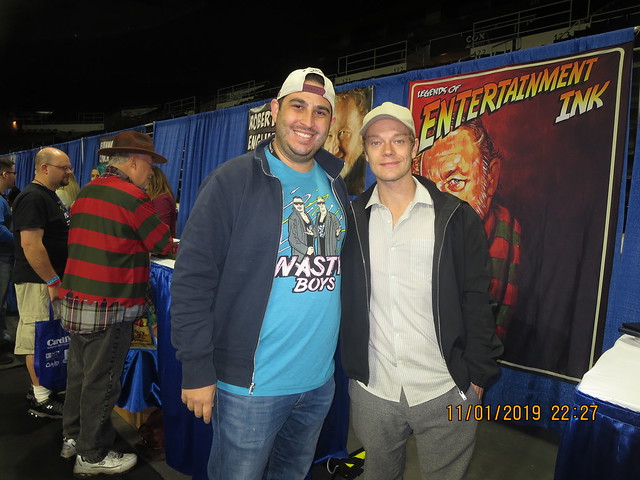 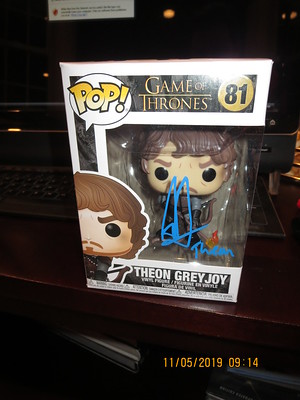 We all moved to the Dana Barron line, and apparently were spared her recording sessions for a book or something. I had a nice little chat with her. I believe the lone remaining Griswold I need is Jason Lively. Lanza split it with Jabroni.

We bid Josh adieu and Lanza went for some needs of his. First was Jaleel White, and I believe in the confusion he signed the Sonic pop for free! Then we headed over to Robert Patrick, who Lanza had missed several times over the years. He was his wacky self, boasting about his Harley Davidson dealership. 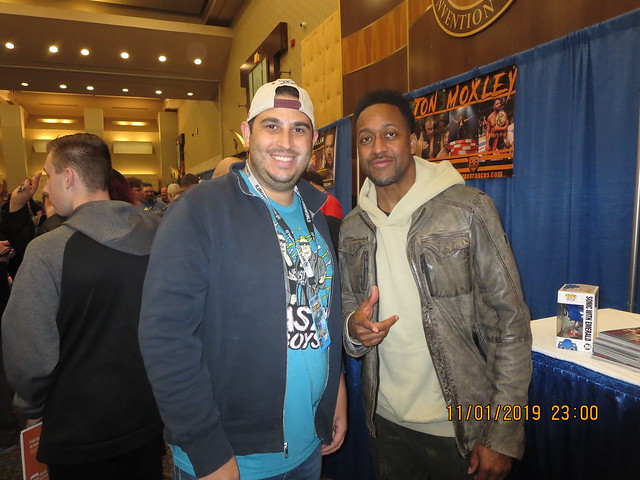 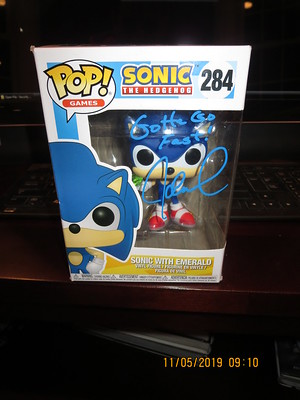 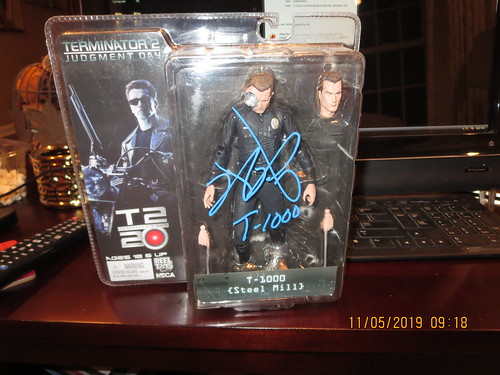 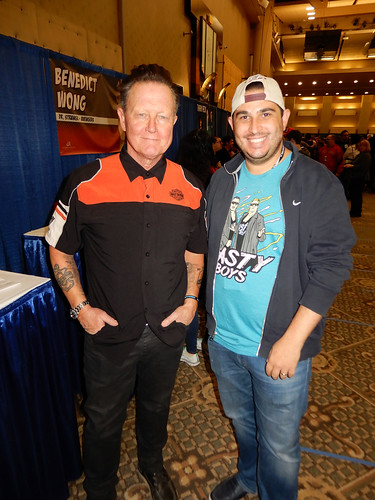 Next we got a photo with Martin Klebba from the Pirates of the Caribbean films. Moving on, we stopped by Peter Robbins, who was the original voice of Charlie Brown in the 1960’s Peanut films. I’ve had a Read-Along story book and record since childhood, and kept it in pretty good shape. It’s of a Charlie Brown Christmas, and he signed the cover and inside too. 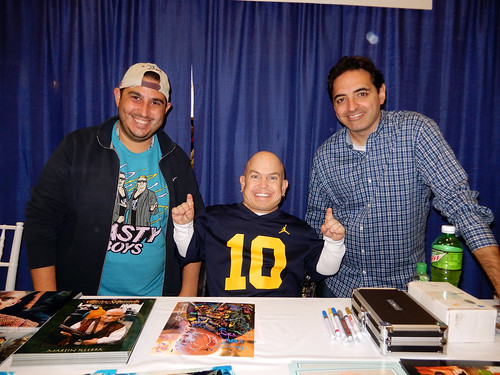 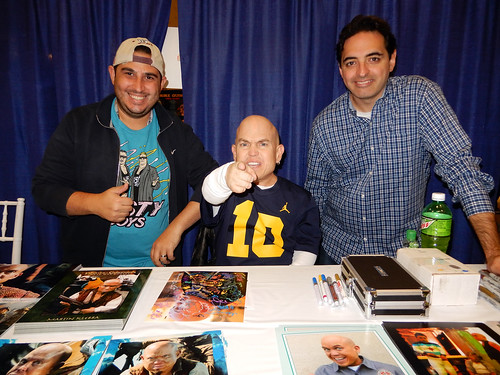 After Peter, we swung around the aisle for the Family Matters (non-Urkel) folks. They were all very nice, although Darius had the misfortune of jokingly swiping some loud mouth New England woman's beer. She proceeded to spill it all over the table.

Next we figured let's get the Stranger Things people out of the way, hitting them in succession quite quickly. There was Alec Utgoff, Andrey Ivchenko, Francesca Reale, and Gabriella Pizzolo.

Finishing up that floor, Lanza needed Charles Martinet, who did his usual goofy poses (but wouldn't let me use a flash), and signed a figure. Lanza considered a SMB3 NES cart, but I said, nope, not valid! Lanza also needed the Great Hambino Patrick Renna and Keith Coogan, as well as an auto on a figure from Richard Brake, the GOT Night King. The last stop was Carroll Spinney's table, where an authentic Oscar the Grouch puppet was on display for a $5 donation fee! 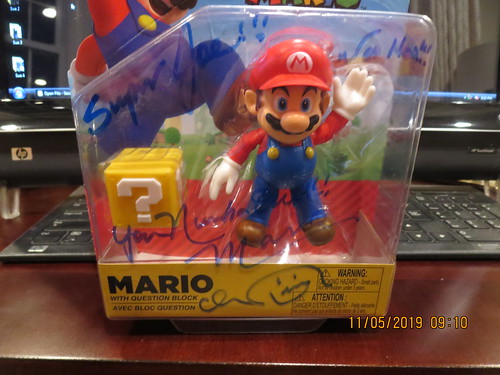 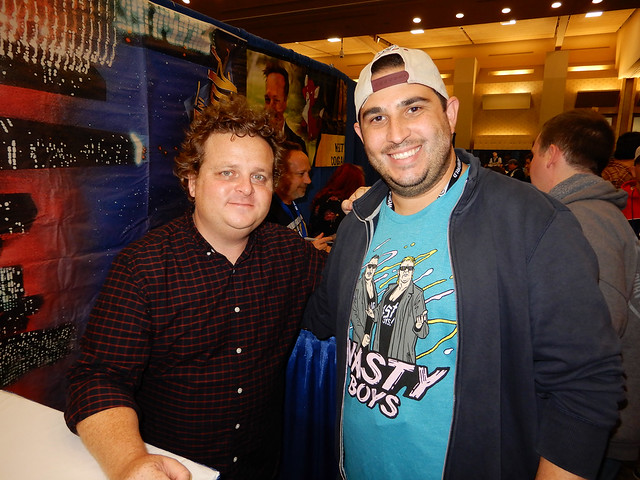 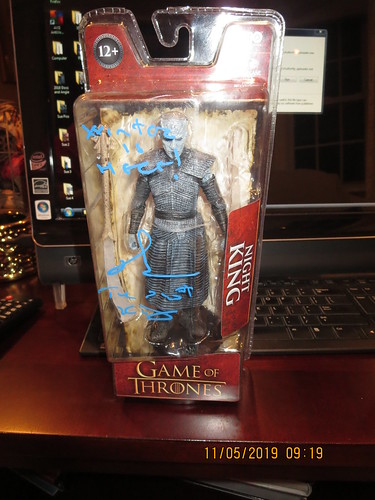 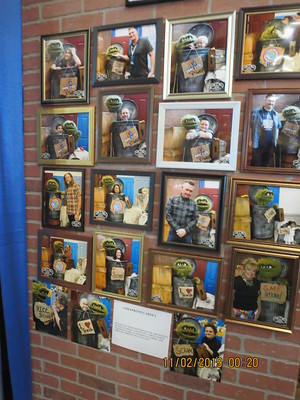 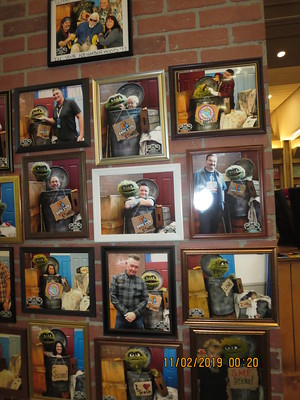 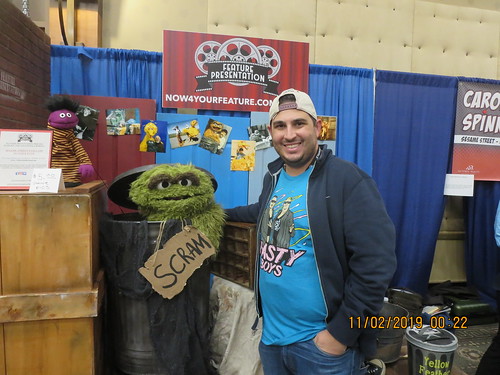 The last stop was on the third floor, where Lanza got Seinfeld/Tick star Patrick Warburton. We met up quickly with Asian Dave, and headed out. We grabbed food at the Trinity bar around the block, then it was back on the road, making it home without serious traffic, given that we were out of there by 2PM! 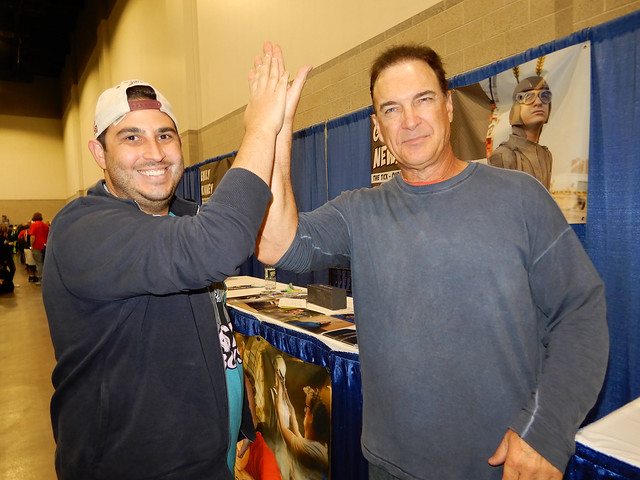 Some great stuff! Looked like a nice and easy RICC, much less hectic than ones I was apart of.
My collection:
https://www.flickr.com/photos/woodmo/albums
Top
Post Reply
2 posts • Page 1 of 1