Yes, yes, it’s Chiller time once again. I journeyed myself on Friday night, knowing that I had to do TF Con in Northern VA on Saturday, plus had softball on Sunday. Anywho, so I slogged over there on Friday night, got in around 7:30, and found my friend Wong in the main lobby. We moved to the ballroom, and were going to split Tony Cox from Bad Santa, but his wife (I assume) wasn’t getting off the chair next to him, so had to pay individually. Next room we made our way into was for Lochlyn Munro, really nice guy, and we talked about a few of his movies. Switcheroo’d that one. Wong needed Nerds, so I went in there, and caught up with Ogre, Wormser, and Takashi, who I shared my pic with the “Dean.” Really laughed a lot with those guys. Brian Tochi was really cool for doing me a favor though. A few years ago I had him sign my TMNT 1990 piece in RICC, but the gold had faded badly as the one he used was kind of dry. He would up resigning it for me!

Wong really didn’t need anybody else I did, so I said tah-tah-fur-now. I moved to the room with the Barney Miller/Three’s Company cast members. It made zero sense to have these people in a small, hot, cramped room, while the stupid Banana Splits were in the lobby and nobody wanted them. Anyway, I said hi to the great Hal Linden, then spoke a bit with Max Gail and got the photo. Then some guy shows up and starts babbling some story of hanging with him on the beach 40 years ago, it was really a riot! Then I get in a totally confusing line for Priscilla Barnes, but eventually get the photo. She tried to sell me graphs from License to Kill but I wasn’t interested, as Timothy Dalton doesn’t sign and David Hedison just died. Joyce DeWitt was another crazy line, but I finally got the photo. She was a ton of energy. The Parisi brothers (Artie Pasquale, Dan Grimaldi) were in the corner. They were in The Sopranos, and representing the Sopranos Con, and we joked about the “menu” for that one, as well as the local food. Got the dual op.

Then I hit the small room which Mark Blankfield was in, and got the combo. He signed my Robin Hood Men in Tights piece. Mark was very nice but hard of hearing and sight I think, but his son and I chatted and then Mark joined in.

I moved into the Fame room, where I met Nia Peeples and talked about Blues Brothers 2000 of all things. Went back to the hallway and found Peter Jason and got a photo. He’s been in many John Carpenter movies, and we talked about that. He thinks Carpenter might make a comeback by filming in Europe and away from studio heads! Also chatted about Deadwood. Before I left, I went back to the main lobby, and since her photo was cheap, got one with the still beautiful Krista Allen.

On Sunday morning at 9AM, I was supposed to have a softball double header. However, it was raining pretty good overnight, so it got canceled. I drove back to Chiller to meet up with Lanza, but it was pouring like crazy. We ran inside without being drenched somehow. Joseph got going first, and got long time wants in Robert Wuhl and Austin Pendleton. I always spot Wuhl in Manhattan, but poor Lanza has usually gone home from work already, and Austin infamously ignored us once near a play! Speaking of plays, Lanza also got Hayley Mills, who recently had one! 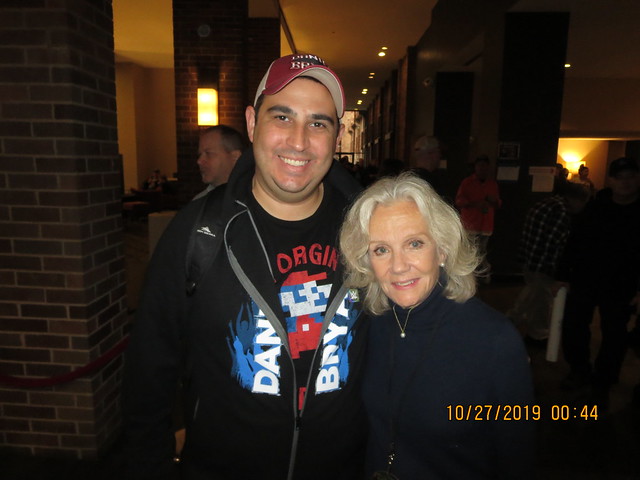 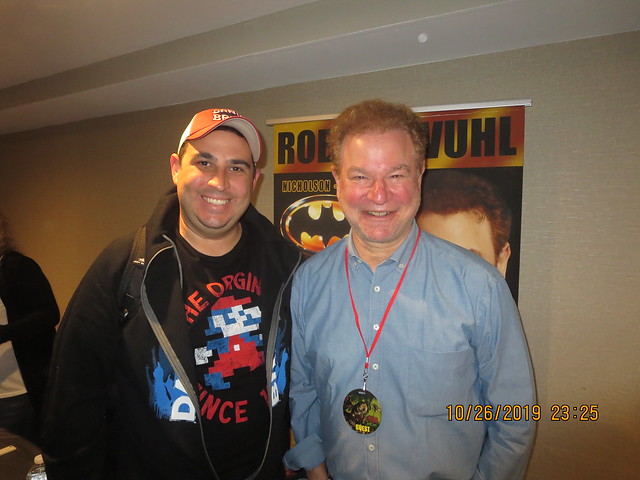 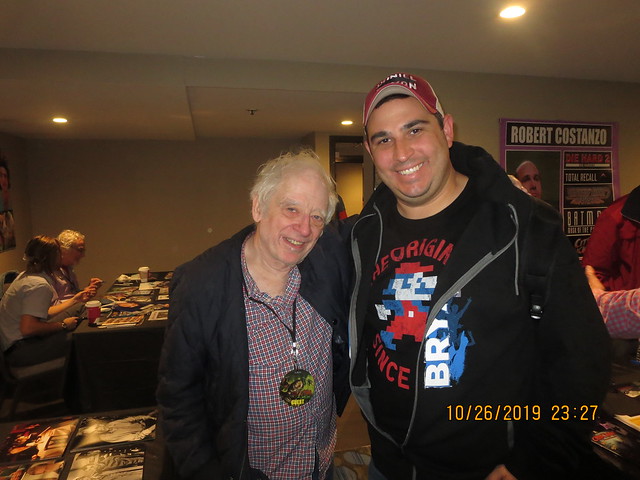 I found Lanza, and we split Robert Costanzo, the voice of Harvey Bullock on Batman the Animated Series. Also got his photo with Mark Blankfield and Peter Jason who’d I met two nights before. We also got the Forrest Gump couple, Michael Connor Humphreys and Hanna Hall, since they were cheap, and switchable. 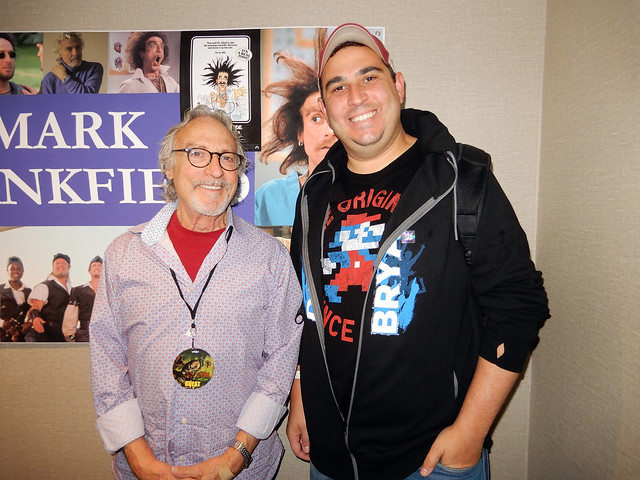 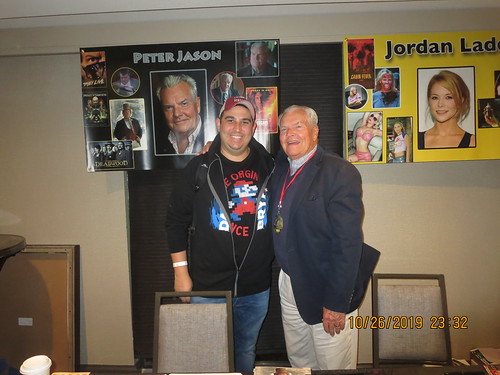 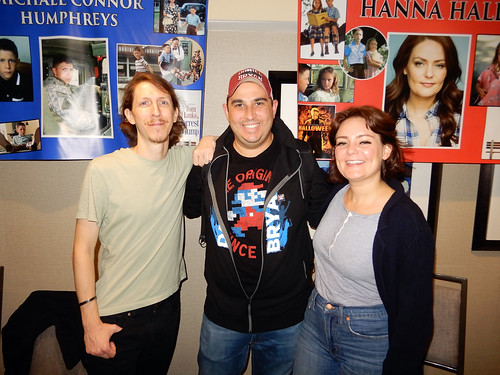 Now on to the mobsters, where Lanza got a dual op with Artie Pasquale and John Bianco from The Sopranos. We each got pics with Taral Hicks from A Bronx Tale, while getting a group op with the young Henry (Christopher Cerrone) and Tommy (Joseph D’Onofrio) from Goodfellas. 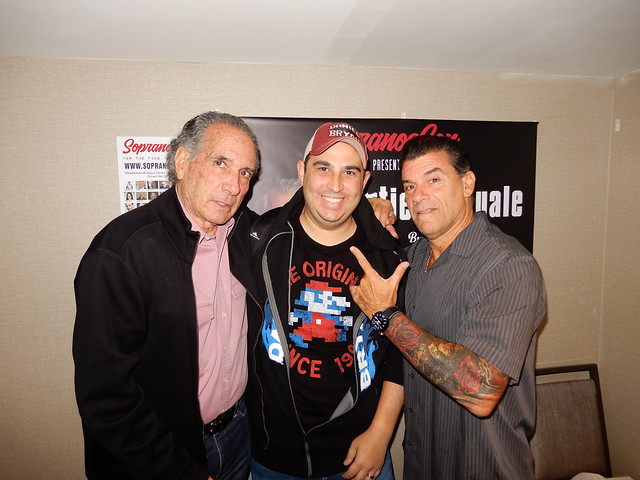 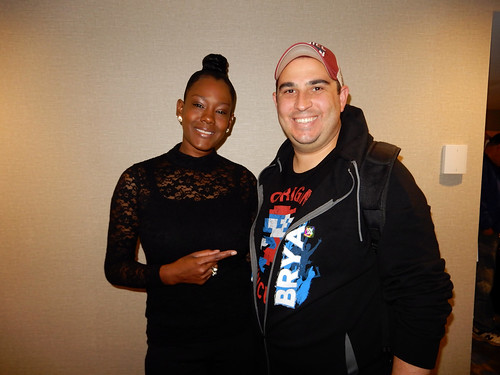 We moved over to the Fame room, where Lanza got Sean Whalen and I got Jesse Borrego, who talked about his Fear TWD appearance. We were then forced to wait for Cynthia Gibb to sign 50 dealer items but eventually got a photo with the former star of Short Circuit 2! 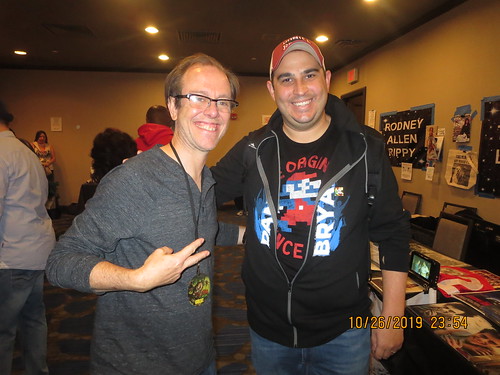 From there we shuffled to the ballroom, where Lanza got the mum Wilford Brimley, as well as little guys Tony Cox and Phil Fondacaro. We also met Sondra Currie, who played the wacky mom of Alan in The Hangover movies. As fans of Oz, we decided to get Chuck Zito since he only charged us 20 for both. Lanza lastly got the star of Kickboxer Michael Qissi 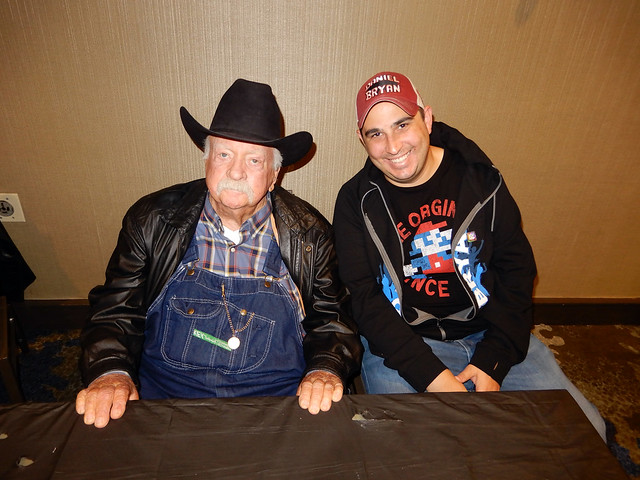 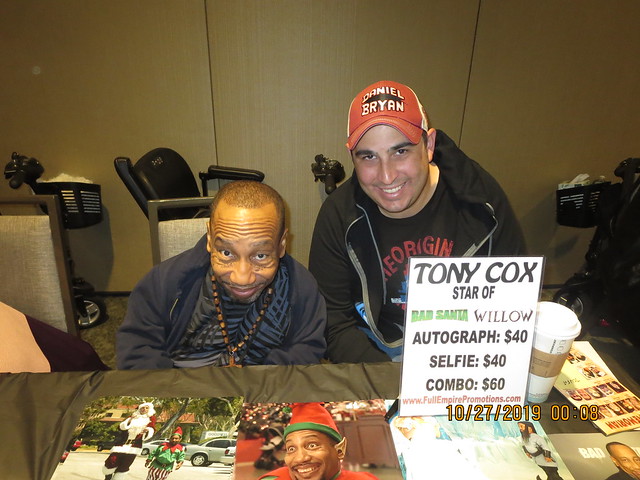 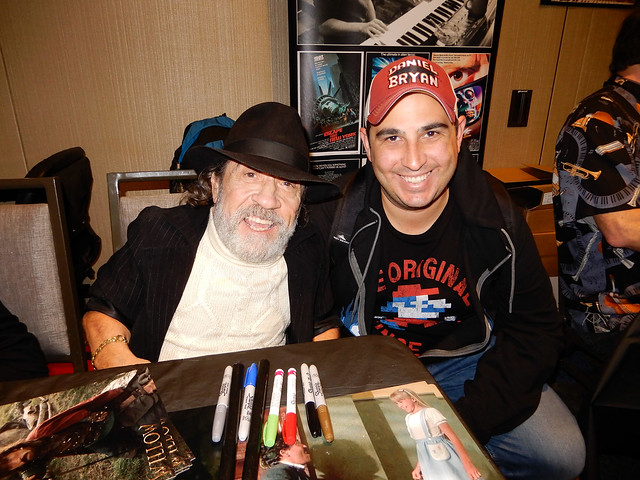 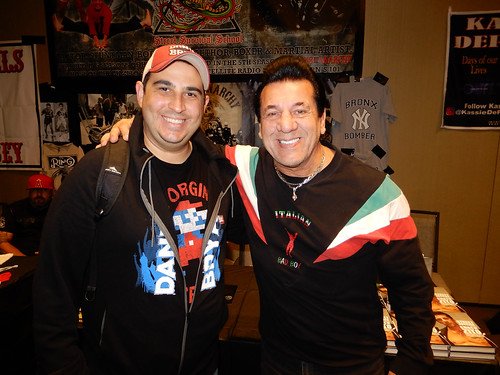 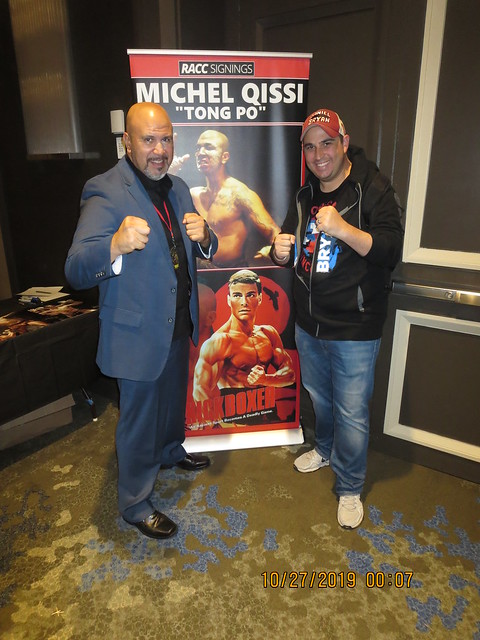 One of the final stops was to the Field of Dream room, where we got photos with “Black Sox” Steven Eastin and Charles Hoyes, while Lanza got Dwier Brown, who I met in the past. The uniforms and vintage mits were a nice touch.

Great report. Sorry I missed you on Friday night.

I checked the Gump Kids table a few times, but didn't think Forrest was ever there. Now that I see your pic with him, he may very well have been there and I never would have recognized the guy.

"Every time you score a photo op, an angel gets his wings!"

Yeah him and the Goodfellas guy Serrone I saw both walking all over the hotel and outside smoking.
The Paunch Stevenson Show pop culture podcast : http://www.paunchstevenson.com
Top