One my way down to MonsterMania in Hunt Valley, I decided to get a ticket to see Joe Bob Briggs perform his "How Rednecks Saved Hollywood" live show, at the historic Colonial Theater in Phoenixville, PA. For those of you that don't know, the Colonial is the theater that the original "The Blob" was filmed at in the 50's, and has been preserved in it's old-school charm. Parking is an absolute nightmare whenever there's an event there, so I had to circle around town forever before I found a paid lot that still had open spots. Once I got in, Joe Bob put on a hilarious show - I recommend it if he tours in the area again. He did meet & greets before and after the show, and I got him on an 8x10.

From there, I made the trip down to Hunt Valley for MonsterMania. My main want was Dick Weiand, who played "Roy", the Jason imposter from Friday the 13th P5: New Beginning. Weiand is semi-rare these days, and isn't a young man, so I wanted to get him on an 8x10, and get his costumed pro-op at the show. Weiand was with his wife at his table, and was very friendly. Seemed to be doing pretty good business too.

After I got him, I had tons of time to kill before my three pro ops (Danielle Harris and Kane Hodder being the others). So I drove to the local mall to get something to eat. Fortunately they had a Chick-Fil-A, which was so packed, I had to park in the lot in the mall next to there's, since their lot was full, and there was literally a line out the lot to even get to the drive-through. Crazy.

Went back to the show, and hung around waiting for my pro ops. Interesting to observe who was and wasn't doing business: Bruce Campbell had insane Englund/Reedus level lines the whole time I was there. Matthew Lillard had a super long line that they had to snake up the stairs to the outside of the building as well. But other than Lillard, the other Scream guests seemed to be doing very little business. I think they've overdone the Scream reunions in the area to the point where they've burned through the collector base around here. Lillard has the Shaggy role and is ridiculously friendly to little kids who meet him, so he'll always do well no matter how often he hits an area, but the others really need to take a break from the con circuit for a while. It was outright depressing to pass by Neve Campbell's table in the afternoon, and literally see NOBODY at her table. I don't mean there were just a few stragglers, I mean there were significant periods of time when she was literally sitting by herself at a table with no fans in her line. She had just been to at least two prior MManias recently, and had done both Scream and Craft reunions at those shows, so shame on her reps for booking her into a spot like this where she'd be awkwardly sitting around like this.

Anyway, my pro ops go off without a hitch-all three costumed ops looked great, and the celebs seemed to be having a lot of fun doing them. Had to put in a long day, but at the end of it, I went home happy. 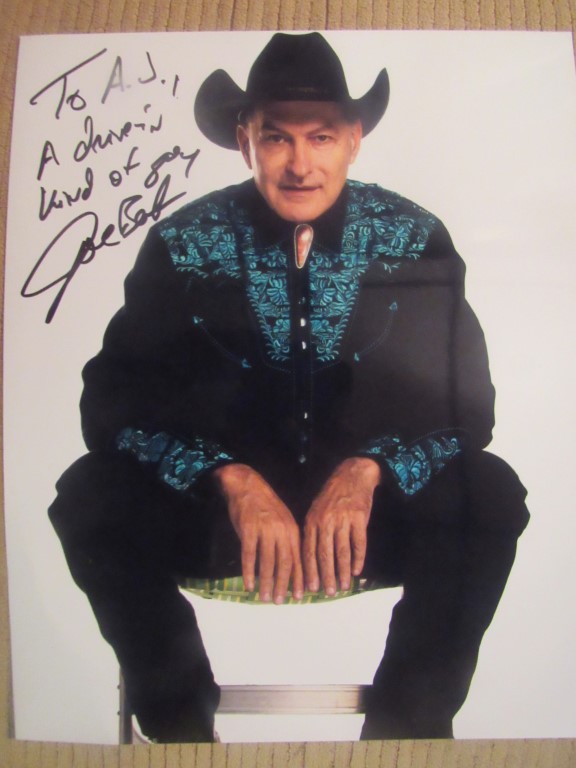 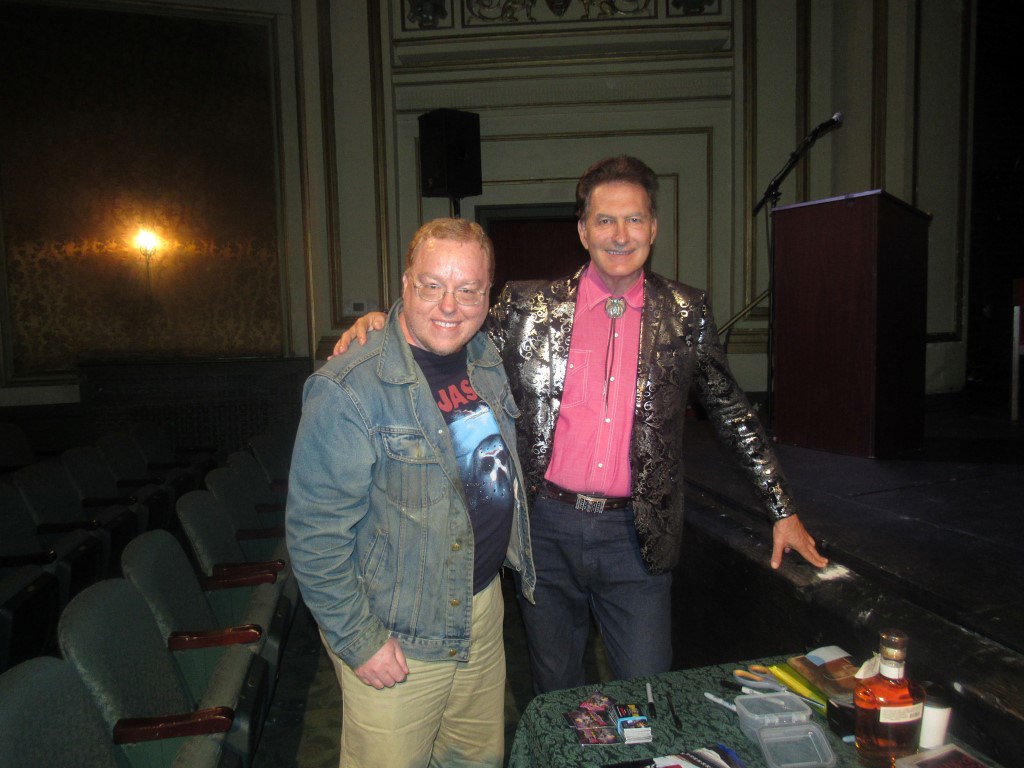 Me and Joe Bob Briggs 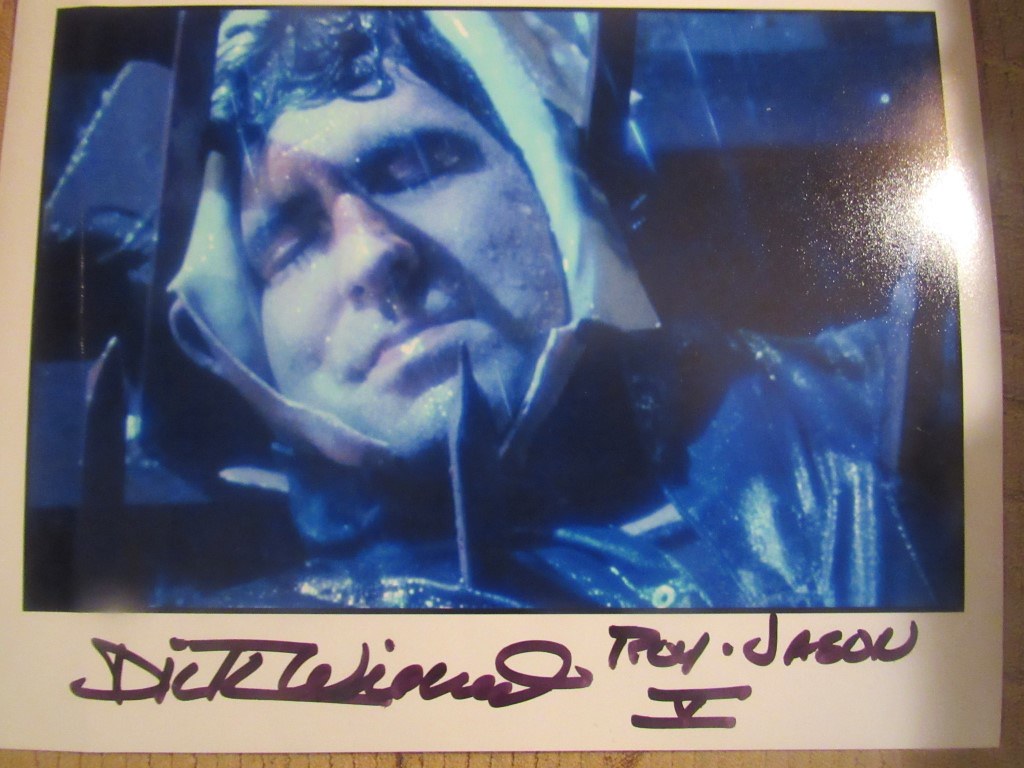 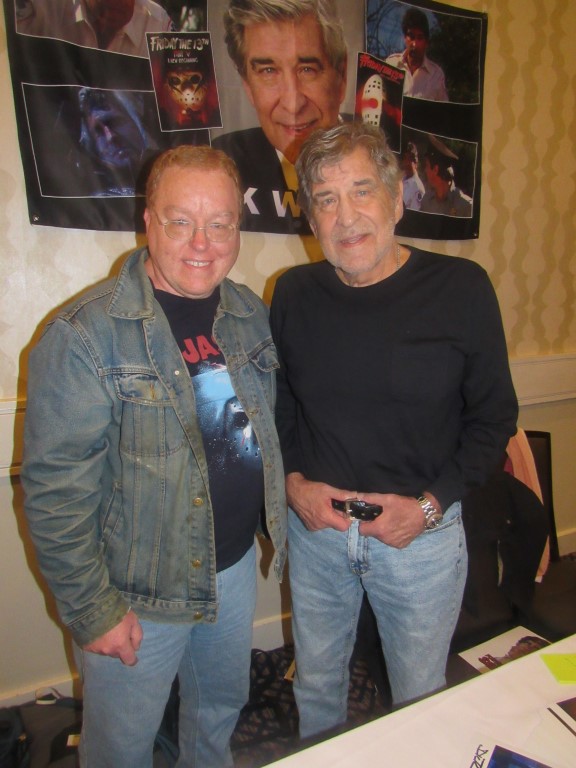 My and Dick Weiand (non-costume) 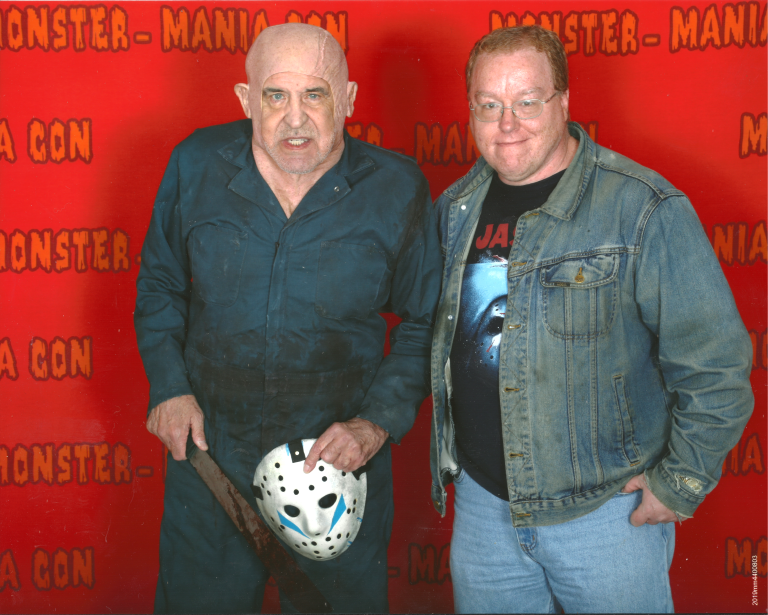 Me and Dick Weiand as "Roy" 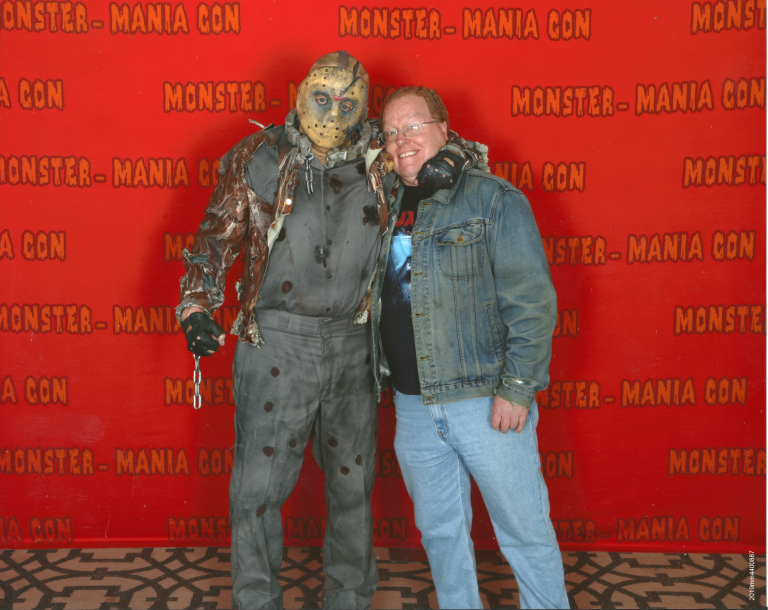 Me and Kane Hodder as Jason from Jason X 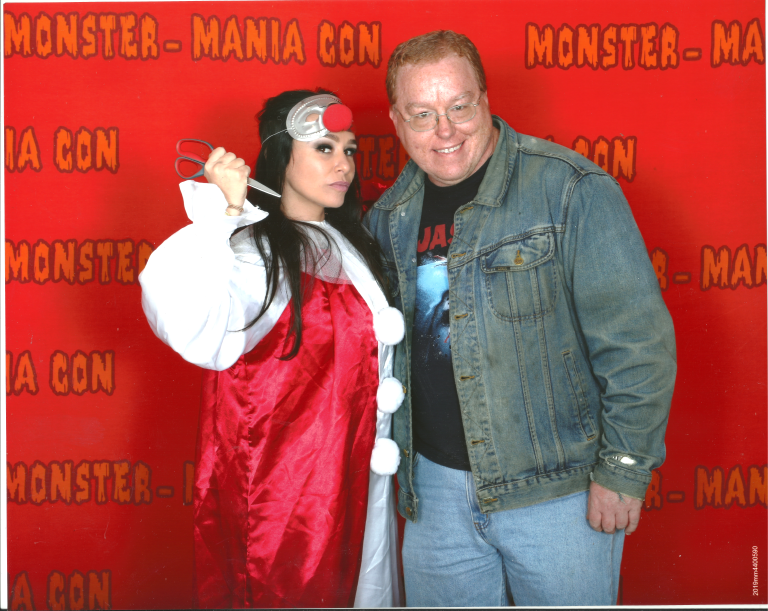 Me and Danielle Harris as Jamie Lloyd from Halloween 4
Top

Sad to hear about Neve's lack of line. I'd love to meet her one day!
Top

Neve was busy Friday up until 7:30 ish, then her line died quick. I waited maybe 10 min and that was only because the girls in front of me were getting 6 items signed.
Author, Photographer, Wandering Spirit
My first book, Travelogue of Horror is for sale worldwide and my second book will be released this fall.
Top

These are really well done!
My collection:
https://www.flickr.com/photos/woodmo/albums
Top