As people on here know, I am a Mets fan and I go out of my way to meet the players I see sticking around and being building blocks going forward. Michael Conforto is one of the biggest names who fit this bill, so I was obviously all in when I got wind of this event. Sadly though, the morning of the event there was a terrorist attack in NYC. Luckily there were no casualties, but still it made for an interesting night in Manhattan. The police presence was heavy and Times Square was eerily quiet, since I assume many fellow New Yorkers weren't venturing out and tourists must have been scared.

I had nothing else to do this night event wise, so I just went to the hotel it was happening in and hung out in the lobby. After a bit of time the check in had begun at the ballroom which would be holding the event. Once inside I found a seat and began sampling some of the complementary appetizers going around which were better than usual.

Michael was running about 30 minutes late, but once he got in they immediately lined everyone up for photos. As usual, they used your phone and the pro camera, but my iPhone shot came out better than the pro shot. After this he had a 45 minute q/a which was actually pretty entertaining. 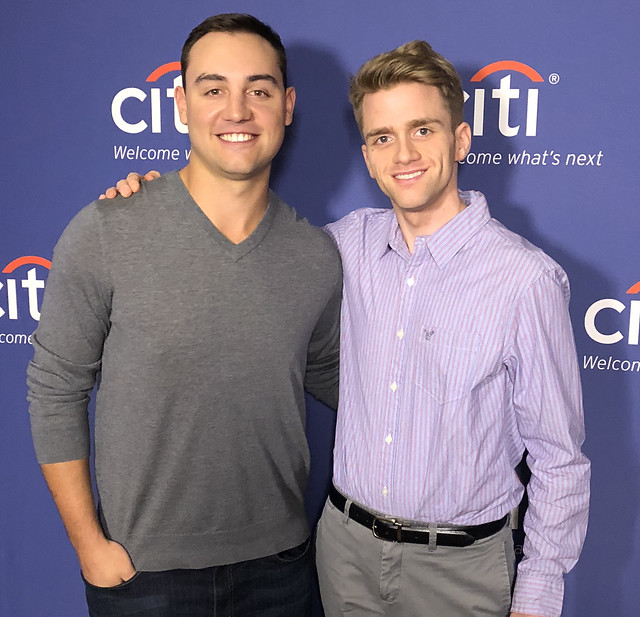 There was an event downtown I considered attending after this, but Greg was on the scene and alerted me that my target had already left so I had zero decision to make and continued towards home as planned.
My collection:
https://www.flickr.com/photos/woodmo/albums
Top

Your target literally passed me on the sidewalk! Great shot, let's hope he can swing the bat this year.
The Paunch Stevenson Show pop culture podcast : http://www.paunchstevenson.com
Top

Great Guy! Got this guy when no one knew who this guy was in NYC!