2019 Marked Out In Memoriam

It is true, and it is sad beyond words. Great man all around. Never had a bad thing to say about anyone. RIP pal.
Top

I don't believe I've met him but he looks familiar. Was he at Wrestlecon?
Feel free to visit my blog concerning wrestling conventions, signings, and meet & greets!
https://squaredcirclecons.com/
Top

Rob was friendly with literally everyone. Just an all around super nice guy.
Top

Was totally shocked when I heard the news, was hanging with Rob & Lanza at Wrestlecon & he looked perfectly healthy. Who would think he be gone a few months later.
Top

Awful news. I didn’t have any sort of relationship with him beyond his posts here back in the day and seeing him at cons but this is just terrible. I feel so bad for his wife, family and friends. RIP 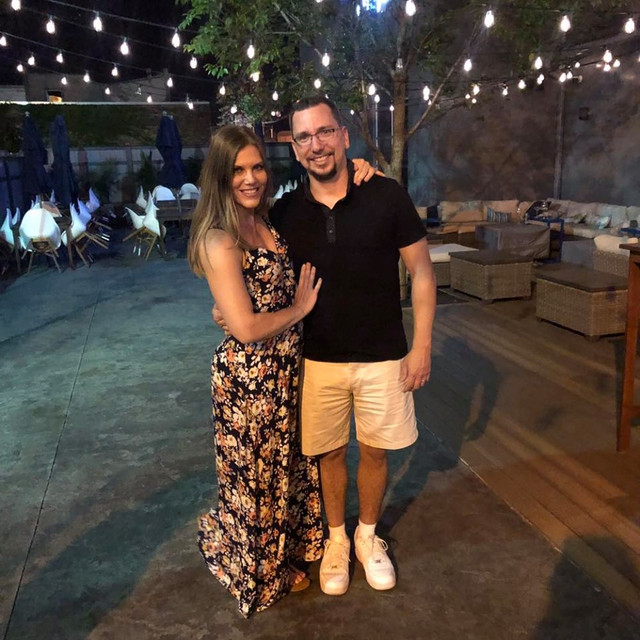 2019 saw the pre mature death of former board member, huge pro wrestling fan, and combo hunter Rob Seoane. By all reports, he died of cardiac arrest due to a blood clot aneurysm, just a few months short of his 34th birthday.

It truly goes to show you that one never knows in life and that life is too short. Rob had booked a trip to Japan to watch Wrestle kingdom as board members Bobby and AJLe did. In eerie irony, he even used the aging app to post a photo of old him to check for future accuracy. Wow just wow.

I met Rob around 2007 when I started doing airport runs for WWE. I would also hang with him and travel with him to various wrestling shows and events. When this board was born, Rob was one of the original board members and a staple of the board's founding. Throughout the years he deviated away from board life in favor opening his own pizza place and getting married, but still remained a lurker visiting the board at least once a week.

When I deviated from wrestling and started doing more celebs, I saw less of him. Thankfully I managed to see him last April in NYC during Wrestlecon! It was so good to catch up with him. At one point me, him, and board admin Lanza were commenting on how I've aged (as I'm older than both of them). Rob said I look "good" and barely have grey hair. I told Rob I would hope he looks as good when he gets to my age. He replied "I hope so too". I am both baffled and devastated that both our hopes will not materialize.

I separated these pics from the memorial (see prior post) so as not to clutter it.

Old photo op with Rob and various current and former board members. This gesture is an insdie joke that will not be understood by newer board members. If you were there you got it. If not there is nothing to explain. 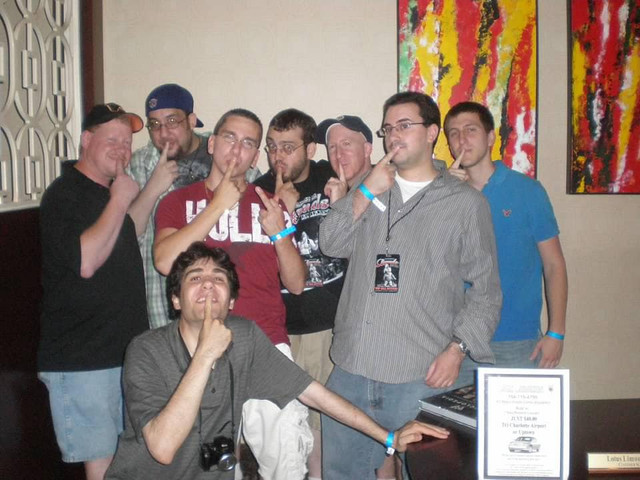 And I will just leave this FB post of his here 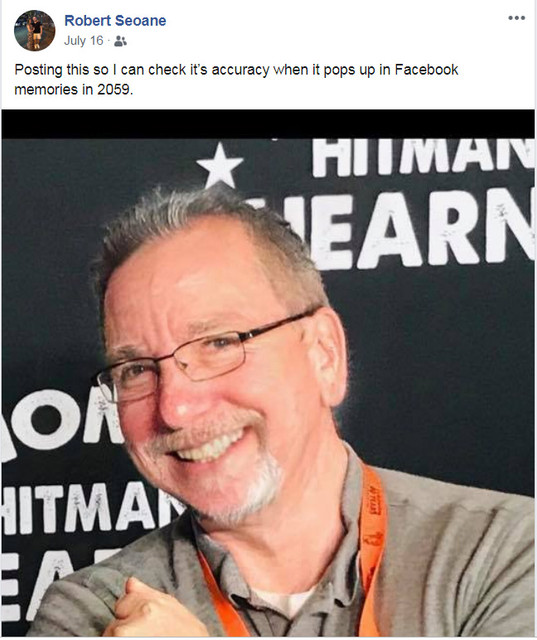 Return to “The Lounge”