What are people's thoughts on this? Here is the 16 year old's Twitter: https://twitter.com/Kliqkid

I looked at the photos that he allegedly send her, from what I have seen while there are "sexy" photos no dick or ass can be seen. The only one that is sexually explicit is a video of him showing his dick. However you can't see anything but his dick, so there would be the issue of proving that it's his and that he sent it.

Also, he lives in Maryland and that girl lives in Massachusetts. In BOTH those states the legal age of consent is 16. So I would think any possible charges that can be brought against him would be on the federal level. In the "To Catch a Predator" stings they always made sure the decoys were below 16 to make it a more clear cut case.

On a side note, I find it strange that the girl is only 16 yet is a huge kliq/nWo fan. At 16 she would have to be born in 2002. If we assume she started watching wrestling at 8, that would be she was a fan since 2010. These factions were loooooonnng gone by then. It's one thing to appreciate the history but quite another to be a fan of her level.
Last edited by fashinkies316 on November 19th, 2018, 3:54 pm, edited 1 time in total.
Follow me on twitter https://twitter.com/celebmeets
Top He isn't being charged criminally with anything at the moment, so ages of consent mean nothing. What he did do is send *unsolicited* sexual pics to a young girl, which by itself makes him a really shitty human being, and pretty much constitutes harassment, if nothing else. And looking at this girl, this isn't a case of a 16 year old who looks like she's 24 (not that her appearance would make it right either), this is a very petite, tiny girl who actually looks even younger than she really is, so apparently the underage thing is something Ellsworth is into.

And much like other public stories about sexual abuse/harassment, there's now other people coming forth with other stories about Ellsworth acting creepy in trying to pick up very young girls, so I'm fairly confident that this isn't a one-time thing, where he was drunk/high and made a serious mistake that had never happened before, it sounds like it's a fairly regular thing for him.

But at least he now knows RF will always book him for con appearances - I bet those two would love exchanging notes on their common interests.

This made me chuckle 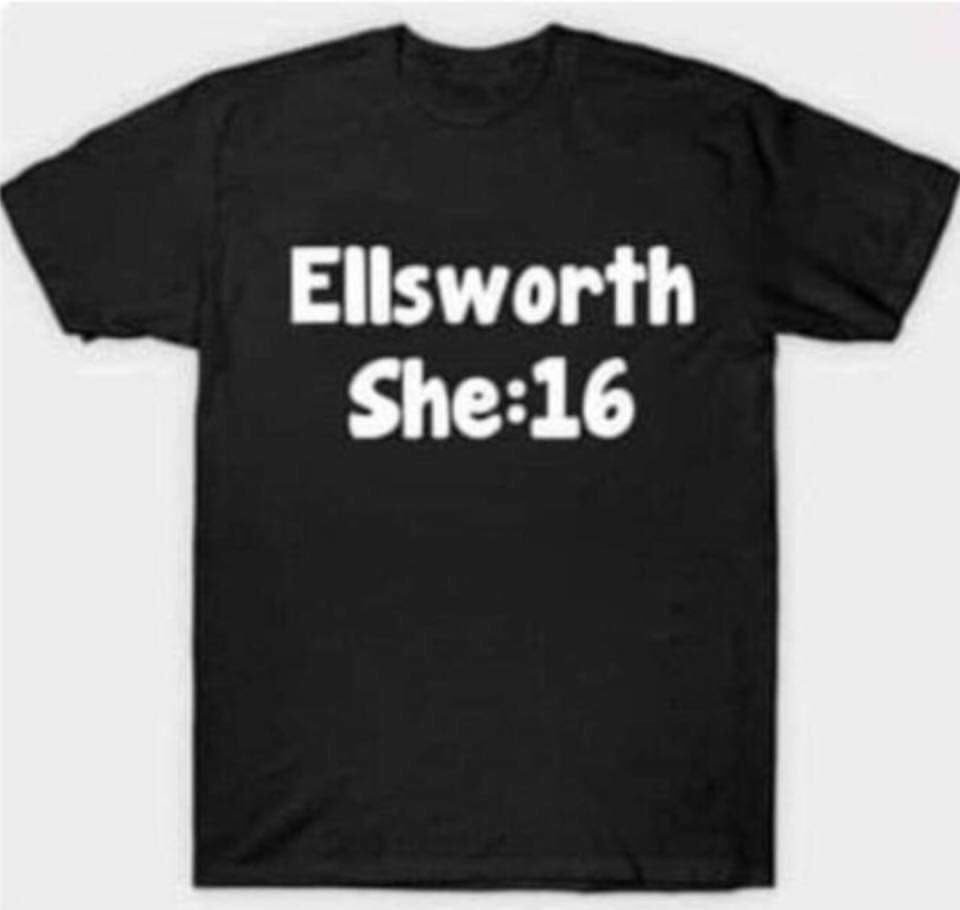 he was hanging out with lots of ladies

on the jericho cruise!

but i didnt even bother getting his auto or photo.

i meet him at a btw show last year! wheres his other hand ,i think he's groping me!haha

on the jericho cruise!

but i didnt even bother getting his auto or photo.

i meet him at a btw show last year! wheres his other hand ,i think he's groping me!haha

You have to figure that Ellsworth throughout his life was not exactly a chick magnet. So when he started appearing WWE TV he must have been in heaven getting girls left and right solely because of his validity.
Follow me on twitter https://twitter.com/celebmeets
Top

I Don't understand why celebrities (no matter how low on the list they fall) send nude pics in the first place. They almost always get caught & it bites them in the ass 10 fold. This will end any sort of good work Ellsworth has been doing.
Top

mrira wrote: ↑
November 19th, 2018, 6:03 pm
I Don't understand why celebrities (no matter how low on the list they fall) send nude pics in the first place. They almost always get caught & it bites them in the ass 10 fold. This will end any sort of good work Ellsworth has been doing.

I don’t understand why anyone sends nude pics

mrira wrote: ↑
November 19th, 2018, 6:03 pm
I Don't understand why celebrities (no matter how low on the list they fall) send nude pics in the first place. They almost always get caught & it bites them in the ass 10 fold. This will end any sort of good work Ellsworth has been doing.

I don’t understand why anyone sends nude pics

Agreed, I just mean it’s such an easy way to screw with someone famous
Top

This incident will be a "Career-Ender" for Ellsworth. Honestly I find this a little hypocritical. Because amongst wrestlers how much worse things have most every wrestler done than send questionable photos to a 16 year old? Jimmy Snuka for instance may have murdered someone and the wrestling world never condemned him in like 30 years.

And investigations are apparently "underway". It will be interesting to see what can actually be done considering 16 is the legal age of consent in Massachusetts, where the girl resides.
Follow me on twitter https://twitter.com/celebmeets
Top

And regardless of any of that, the victim is stating that these pictures were unsolicited and unwanted, so obviously no "consent" was given in the first place.
Top

AJLe wrote: ↑
November 27th, 2018, 2:18 pm
Sending sexual images to an underage child and having actual intercourse with an underage child are two separate crimes, so the age in which the victim would be considered a minor may be different in one than the other.

True. That's why I said will be interesting to see what can be done.

It's a little insane the way the law works. If I go to Boston and a 16 year old gives me a blow job, nothing can be legally done against me. Now as soon as I take a photo of that girl giving me said blow job, I potentially face federal charges of creating child p*rn.


And regardless of any of that, the victim is stating that these pictures were unsolicited and unwanted, so obviously no "consent" was given in the first place.

To my knowledge sending unsolicited and unwanted photos does not require consent. If that were the case you'd have millions of criminals. If I just sent you naked photos of me there's nothing you could do to prosecute me. Now if I did that after you tell me to stop, THEN we are getting into the grey area. I'm guessing he stopped sending her anything after she expressed her disgust/anger.
Follow me on twitter https://twitter.com/celebmeets
Top

Ellsworth released a statement claiming he has proof of his innocence


Recently, allegations of misconduct have been lodged against me which I categorically deny. I never have, nor will I ever engage in any activity that could be deemed as inappropriate or disrespectful. My delay in publicly commenting on this situation was based on the advice of my legal team which has just completed a thorough investigation. My attorneys have pinpointed a trusted witness who is willing to testify on my behalf. In addition, they have uncovered concrete evidence that supports my innocence and proves that without a shadow of a doubt the social media accounts alleged to be mine are fake and the messages from the account were fraudulently created without my knowledge or consent. My only hope is to restore my reputation as I, along with my family, friends and supporters have suffered because of a social media stunt devised to end my professional wrestling career. My team and I are prepared to pursue legal action against any party that persists with the promotion of these lies.

Also, look at this news article


Rajah is reporting that Ellsworth’s statements are a cover-up to try to salvage his wrestling career. Furthermore, the report states that on the night the story broke, someone on the East Coast was offered “a few thousand dollars” by Ellsworth.

The story states that Ellsworth’s plan was for the person to find out where the 16-year-old girl lived so her phone could be stolen and destroyed. Ellsworth allegedly wanted this to happen so she could not take it to police to present it as evidence.

If this is true and it can be proved, then Ellsworth could be in major legal trouble.

Claiming that the account was fake doesn't explain how this girl could have gotten nude pics of him. And if that last allegation, that he offered to pay somebody to have the phone destroyed, can be proven, the dude's likely going to do some actual jail time over it.

Not to mention the fact that truly innocent people aren't likely to pay to have the evidence against them destroyed.
Top
Locked
24 posts