With Voldemort finally out of the picture, I suppose it's time to return to reporting.

A month ago the perfect storm aligned to attend the Second and final Chicago Heroes Event featuring stars of Chicago Med, Fire, and PD. This also aligned with the Cubs final homestand of the 2019 so the trip was a no brainer. I had one admission to Sunday so the plan was to see some Cubs games before the con and on Saturday since all the guests were attending both days except Laroyce Hawkins who would have been a repeat guest anyways.

Well the trip started in completely disappointing fashions on both fronts. The Cubs blew the game(and every other game in the homestand against their rival Cardinals) Also upon getting into Chicago I see my top fresh wants Miranda Mayo and Daniel Kyri had been shifted to Saturday only due to rare filming on Sunday. I know shit happens but obviously this was a huge blow. Sunday was the only time Wolf Entertainment could get permits to shut down downtown Chicago for it's Infection Crossover episodes.

I made the decision to bite the bullet and buy a reduced price admission for Saturday so I wouldn't miss out on the meets I wanted the most. I needed to get out ASAP as I had tickets to the Cubs afternoon tilt. Luckily that didn't effect much except missing the top half of the first. The line to pick up tickets was ridiculous. I've never seen anything so disorganized. Rather than going to one table to pick up all your tickets, there was the potential of needing to stop at 4 different tables based upon what kind of ticket was bought. The first table was to big up a plastic bag that listed what tickets were bought/admission badge pick up, then auto tickets, then ops, then any meet and greets. Lastly you had to sign out that you received all your preordered tickets. I headed straight to their vendor table to get my op with Daniel Kyri who has become more of a personal favorite since his debut on Chicago Fire. Since he had cancelled for Sunday my plan to get the op with him printed Saturday night and signed Sunday was completely blown. Despite attendees attempting to cut in line, I got through first and walked a few blocks to Walgreens to have the op printed. Hopped back in his line and had him signed it. While waiting in the original Kyri line, the photo area was buzzing with female favorites Taylor Kinney and Jesse Spencer doing ops in the same time block. This caused an insane back up at the table to buy/pick up physical copies. The line was easily 200-300 deep when I left for Walgreens.

After that I got my op with Miranda and Kinney and went on my merry way up to the Friendly Confines. While there I periodically checked the website for included digital copy. The photo company that was hired was one that typically rents their booths to weddings and in no way was prepared to handle the volume of uploads and prints they encountered. So much so that they ran out of photo paper and couldn't sell any more hard copies. They were also uploading pics in random order. Pics taken at the end of the con being up before the morning's pics. Disaster is an understatement.

Back to the Cubs/Cards title that had a plethora of lead changes and a surprise pinch hit return of injured former MVP candidate Javy Baez. As fun as the game was in real time, it ran real late. I was attempting to get to another event an hour outside of town to meet some more Chicago Fire stars. I got to the event in the middle of the show and mooched my way in. Maybe it was because it was raining but I wasn't stopped or looked at once for not paying. I had an idea of where the stars were based on other fans photos and made my way towards the top of the bleachers on that side to see what I could and scope out if they were still there and the easiest way to get ops. First I spot Eamonn Walker. He went to move seats and some girls stopped him for ops so I hopped down and snagged one. I returned to my perch and place eyes on one of the two big wants at the event, Jesse Spencer. I spot Jesse heading out of the stands, concerned he was leaving for the evening I went down the adjacent stairs and pretended to bump into him. Jesse had no issues taking the photo. I hung around a bit watching the event out of the bleachers when Kara Kilmer popped down. Some other girls were trying to get her as well so we bided our time while she talked to some of the event staff. Again, no problems taking the pic. I hung out there for a bit hoping the last Fire name I wanted would also pop out. However intermission hit and he stayed put. I made my way back and just asked David Eigenberg for the pic. He was probably the nicest of them all, or maybe it's because he plays my favorite member of Firehouse 51. I then proceeded to head out. Biggest regret is missing on the Casey/Boden dual ops some people ended up getting.

Day 2 at Chicago Heroes was far more relaxed personally. Had a few things for my Chicago PD fav Marina Squerciati. Got a fun photo I saw other con doers take with various PD stars last year. Then got to her meet and greet. She lined everyone up for pics first. She took a selfie and then staff took a regular shot. To start the actual meet and greet portion she facetimed with costar Amy Morton for 10 minutes so we could ask Amy any questions as well. After her meet and greet I had a dual op with her and Brian Geraghty. Did a similar pose as the one with her and Patrick Fleuger from the previous year. Fun tidbit is Brian will be back in the One Chicago universe at some point this season. I waited for the few autos I had and got out of the con before the shit show of Kinney, Spencer and Sunday only guest Jason Beghe got out of control.

Although the con isn't operated smoothly it will suck to lose the opportunity of meeting One Chicago stars with ease. 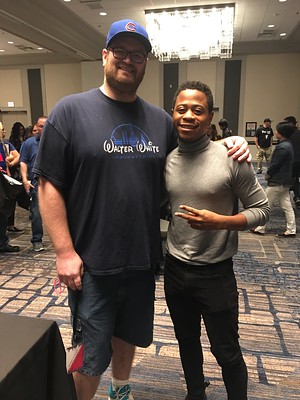 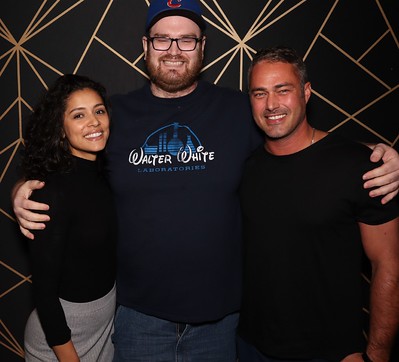 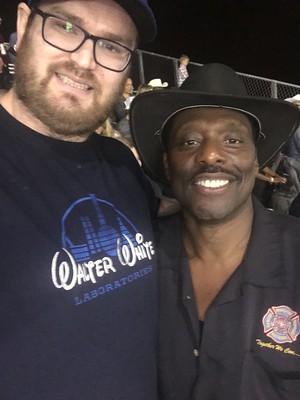 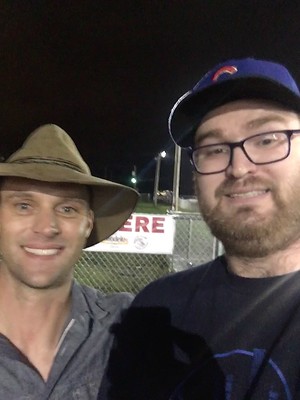 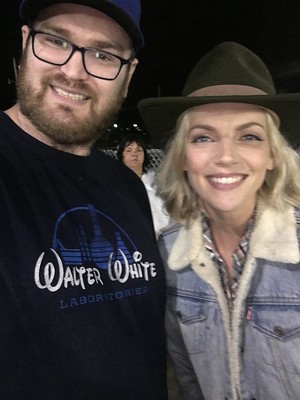 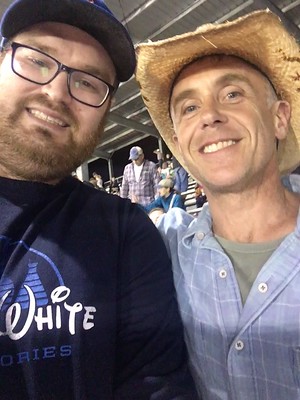 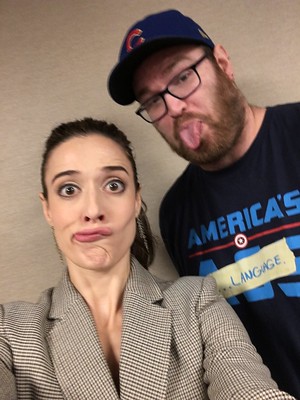 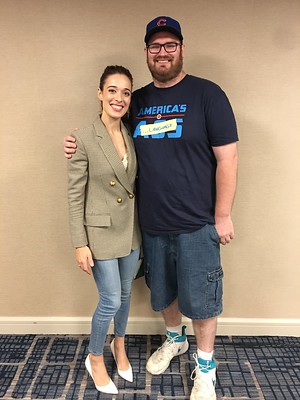 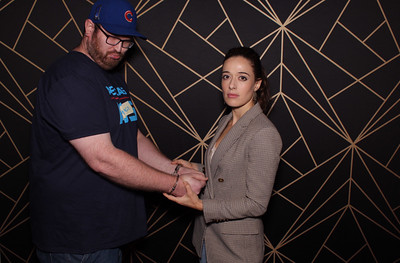 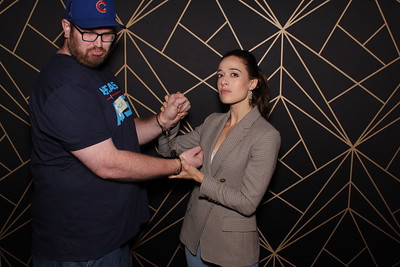 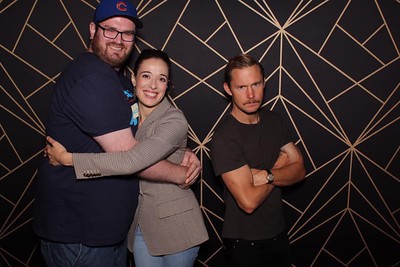 Welcome back sir! Definitely a rough weekend for the Cubs, but nice mooching and Brian Geraghty is still a want of mine. That guy is an underrated actor who was great on Boardwalk and Ray Donovan.
The Paunch Stevenson Show pop culture podcast : http://www.paunchstevenson.com
Top

Sick stuff and welcome back!! As a big fan of the Chicago universe I’d love a few of these.
My collection:
https://www.flickr.com/photos/woodmo/albums
Top

Welcome back. Surprised with such a good turn out the con wont be continued. Glad u got what ubcane for, ops came out good and Wrigley is always a bonus
Top

Used to watch all the Chicago shows and still love the casts. Jealous!
Follow me on Instagram: StevenLesser
Top

lanza218 wrote: ↑
October 24th, 2019, 9:08 am
Welcome back. Surprised with such a good turn out the con wont be continued. Glad u got what ubcane for, ops came out good and Wrigley is always a bonus

If they fixed the few problems could be a great con.
From my understanding they didn’t turn a profit at first show. My guess is it became more of a headache than what it was worth.
2017 Most Unique Photo Winner