Place to find reports on meets of the past.
Post Reply
8 posts • Page 1 of 1

I was pretty new to the street stuff at this point in time. I believe I started the year earlier, but this was by far my biggest single day I had planned up until that point. It may very well be the biggest three names I got in a single day, even counting my time up until today.

I was joined by

. We started our day on the set of CSI:NY and we made some rookie mistakes that in hindsight probably cost us Gary Sinise, but you can't cry over spilled milk.

After this, we made our way over to the location for Matt Damon. Our window was pretty small since we had to be someplace else in a short amount of time, and luckily the Combo gods were on our side. After arriving, we waited perhaps 5-10 minutes before Flair noticed Damon exit and begin walking down the street. The three of us sprinted after him and crossed the street in pursuit. Matt heard us barreling towards him, turned around, and gladly poses and signed for all of us. 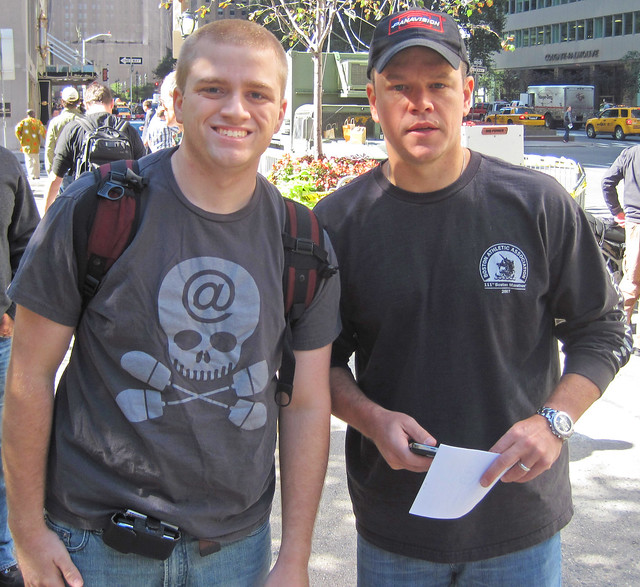 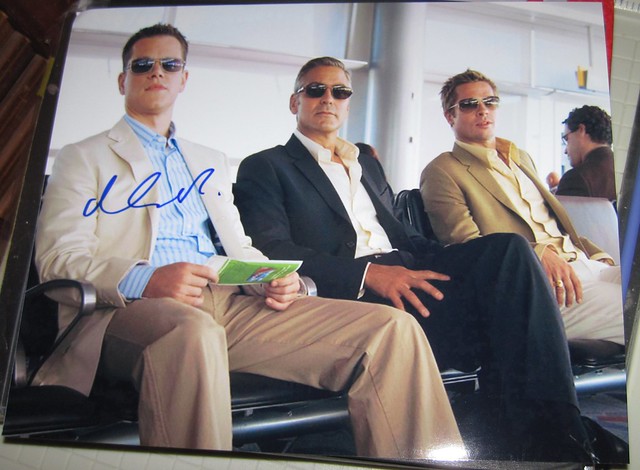 We then hightailed it to the next spot, where we expected multiple names. The first to arrive was Hugh Jackman. Hugh was very easy back then, and he still is pretty good today. He was crowded by around 10-12 people, but took photos with pretty much everyone. 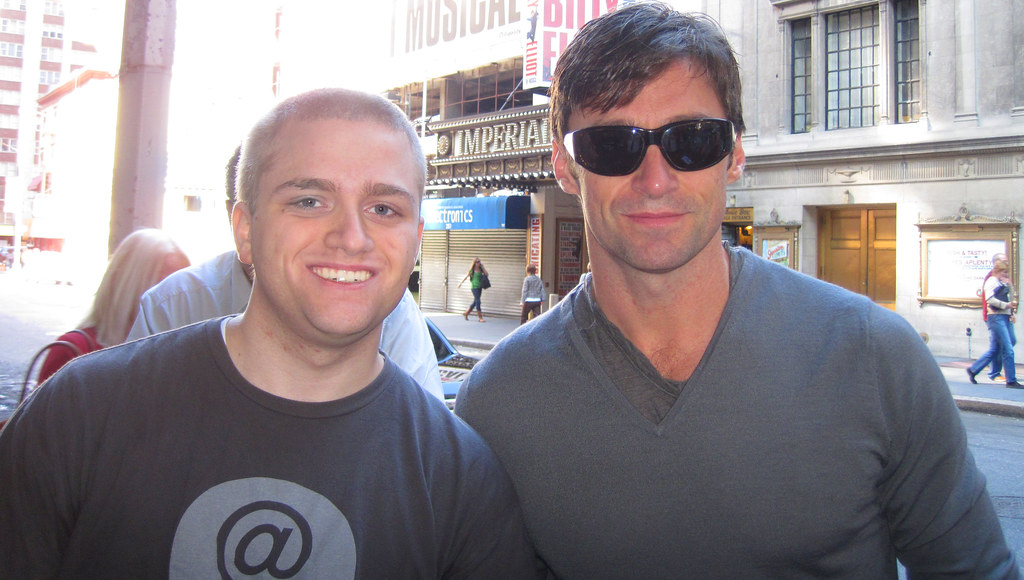 Up next, the man himself, Daniel Craig arrives. Daniel begins making his way inside, not really stopping since the crowd was large, but I got him to do a selfie as he was walking inside. He didn't do anything else that morning, but I was thrilled to get it. 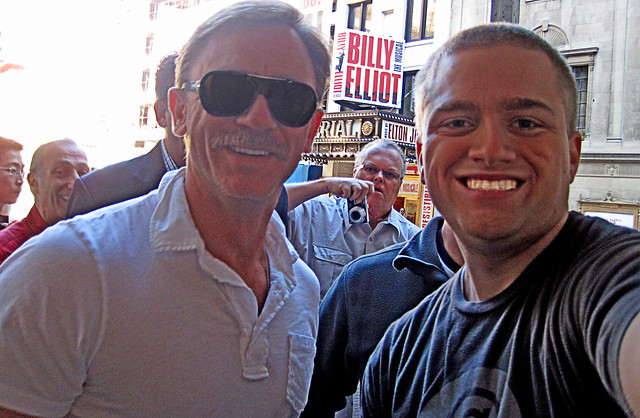 That concluded the day, but a week later I went back with Lanza who still needed Craig. The spot was 2-1 and both Hugh and Daniel gladly signed my ops. Daniel also signed merch for lanza and did the photo with. 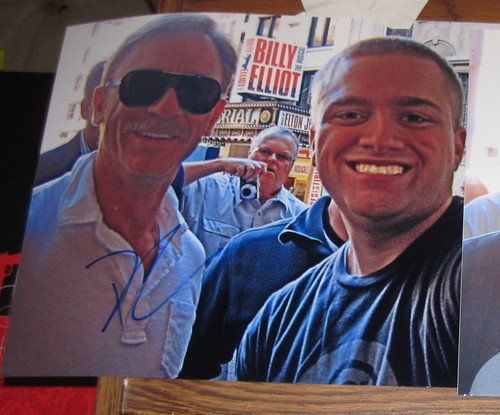 This is definitely one of my best days ever. I will be doing more flashback reports in the future and I urge you all to do the same. It's great to read about combos from yesteryear!
My collection:
https://www.flickr.com/photos/woodmo/albums
Top

2009, wow, I didn't realize the Hugh/Craig thing was that long ago. Matt is still very nice with fans, which amazes me. And nice cell phone case....
The Paunch Stevenson Show pop culture podcast : http://www.paunchstevenson.com
Top

I agree! :Amazed:" He must've been quite the nerd back then! How our boy has evolved and grown! and Woodmo appears to have grown into a fine upstanding citizen too! :tongue:

Thanks guys! And that wasn't just a phone case, it was also a wallet!! You can even see my Metro Card poking out!!!! This was also pre smart phone days, as I had an EnV2 phone and Matt Damon is seen using a Blackberry. I can't fully defend the case, but I can say it was pretty common in 2009.
My collection:
https://www.flickr.com/photos/woodmo/albums
Top

Why didn't you just cut out the middle man and wear a fanny pack?
Top

crowbar wrote:Why didn't you just cut out the middle man and wear a fanny pack?

That is the one thing I would never wear, because it looks awful and has such a negative connotation, but it would make my life so much easier. I hate stuff in my pockets, so that would literally improve my life. It would likely mean I never have sex again, but beyond that, it would be amazing.
My collection:
https://www.flickr.com/photos/woodmo/albums
Top

Love the flashback report!!. I like the before and after reports of how new it was compared to what you know today.
Top
Post Reply
8 posts • Page 1 of 1