Place to find reports on meets of the past.
Post Reply
3 posts • Page 1 of 1

I never posted this report due to pure laziness but better late than never, eh?

Hofstra Fall Fest -- September 28, 2019
My alma mater, Hofstra University, hosted their annual "Fall Festival" event. This event essentially replaced the traditional Homecoming event after Hofstra discontinued its football team following the 2009-2010 season. The Festival includes a concert (the biggest headliner was Snoop Dog during my senior year) and a bunch of carnival rides and games -- and the beer tent (the most important thing).

I've never met any of the Fall Fest performers (though I know someone who won a Meet & Greet raffle for Snoop Dog and got to smoke a joint with him) so I expected absolutely nothing from this event in terms of photo ops.

3OH!3 performed prior to Flo Rida (the headliner) and they put on an entertaining show. At one point, one of the singers grabbed a girl's phone and hung up on whomever she was speaking to! I was hanging near the beer tent with Jenna and another couple when I spotted the singers just hanging out! 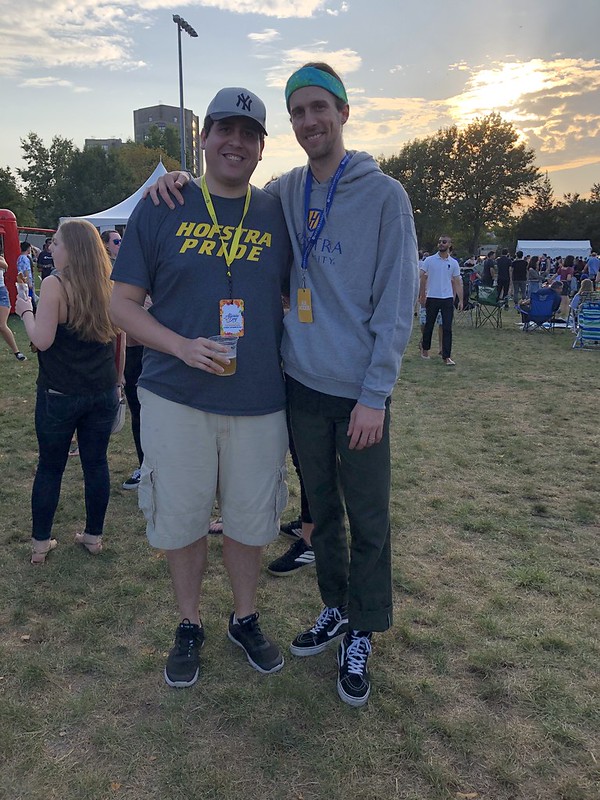 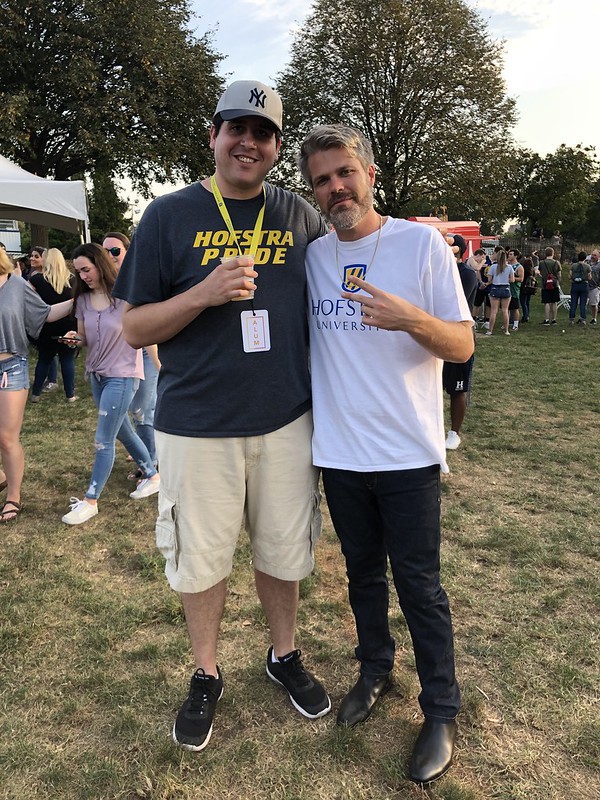 I saw them near the beer tent and approached them for a photo and they couldn't have been nicer. They were so incredibly chill and it was really cool to see them just hanging out with everyone. I did see some drunk asswipe constantly approach them for selfie corrections but it seemed like everyone just asked them for photo ops and let them be after. 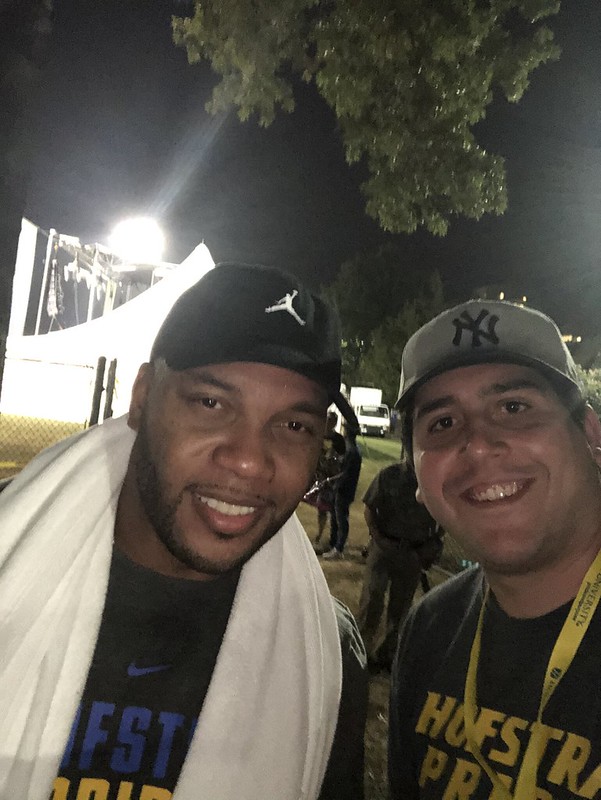 Flo Rida performed and I felt like I was watching hype videos for WWE PPVs circa late 2000s. After the concert, I noticed a fleet of SUVs parked just outside the stage and then spotted Flo Rida's backup dancers entering a couple of cars. I told Jenna that Flo Rida would most definitely pass us and urged her to wait. Sure enough, Flo Rida emerges five minutes later. We were behind a netted fence thing but Flo Rida stopped for the handful of us waiting. I am horrible with selfies but I really like how this one turned out!

Jason Nash is a comedian but is more well known for his association with David Dobrik, an insanely wealthy and famous YouTuber who has amassed a big-time following with (mostly) teenagers and girls. Jenna is a big fan of Dobrik and Nash, so I've seen plenty of their videos. I decided to treat Jenna to Nash's standup at Caroline's on Broadway and was stoked to see a Meet & Greet option.

Nash's standup itself was entertaining. He fully acknowledges that he wouldn't have this level of fame if it were not for Dobrik (which is funny considering that Nash is considerably older than Dobrik). He told some funny stories. After the show, he held a Q&A with the disclaimer, "You know what to ask and what not to ask, so please don't be that asshole" (he was involved in serious drama with another YouTuber whom he dated). He did absolutely destroy some poor girl, though, and it kinda took the air out of the room (at least near our section). The girl was showering him with compliments and took way, way too long getting to her question and Nash basically cut her off and said he couldn't hear her and just moved onto the next question. The girl stormed out crying. Brutal. 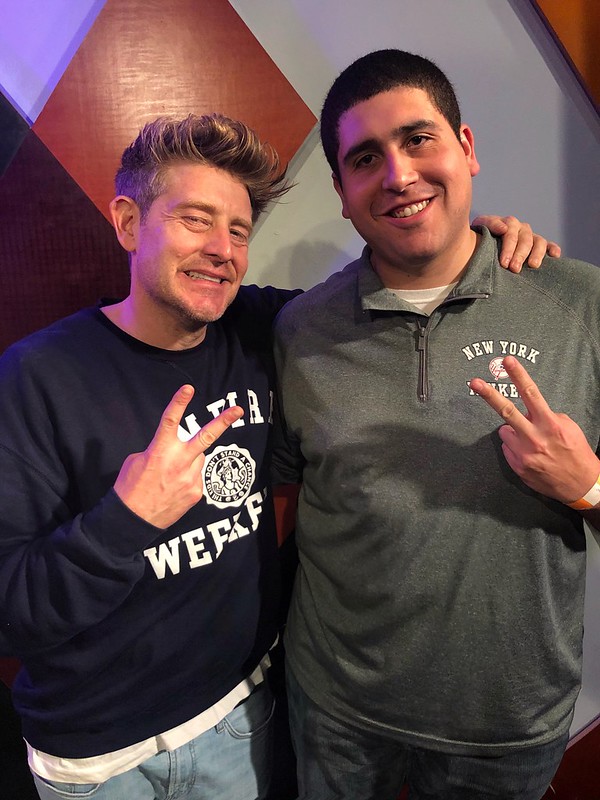 Anyways, they cleared out the room of any non-VIP ticket holders and the process was fairly quick. Nash himself was incredibly nice and friendly, greeted everyone with a hug, and asked where they were from. Really good dude.
Feel free to visit my blog concerning wrestling conventions, signings, and meet & greets!
https://squaredcirclecons.com/
Top

Awesome man! Flo Rida is a very nice guy, glad you had success, the selfie turned out great and the night in general sounded like a lot of fun.
My collection:
https://www.flickr.com/photos/woodmo/albums
Top

Great report. How did that band handle the asswipe?
Top
Post Reply
3 posts • Page 1 of 1