Discuss your favorite TV shows from the past and the present.
Post Reply
6 posts • Page 1 of 1


Caroll Spinney, the legendary puppeteer behind beloved Sesame Street characters Big Bird and Oscar the Grouch, died today, December 8th 2019, at age 85 at his home in Connecticut, after living with Dystonia for some time.

Caroll was a convention fixture, frankly I lost track how many times we'd see him at one, along with his lovely wife. On the television show, he was arguably the most important performer. Big Bird, at least in the 70s and 80s prior to a red moron taking over, was the STAR of the series. He was the intelligent though naive character that children gravitated and learned the most from. His other great character, Oscar the Grouch, was of course the comedic foil of the show. He made me laugh the most. Any convention that Caroll appeared at, he was literally one of the most influential celebrities there. Even though he'd often be given a table off in the bowels somewhere.

The first time I met him, at NYCC in 2011, I wound up speaking to him for several minutes, it was really a great moment. I didn't buy anything, just chatted while he had no one in his line. In fact, I recall he was positioned next or near to Mark Hamill, who joined into the conversation for a few seconds, which was equally fun.

The following October in fact, I decided to actually meet him, at Chiller in Parsippany. We had another cool chat, and he signed one of my old childhood records. 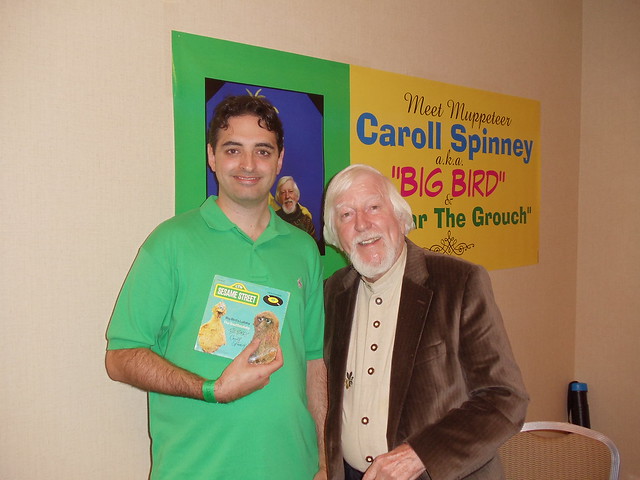 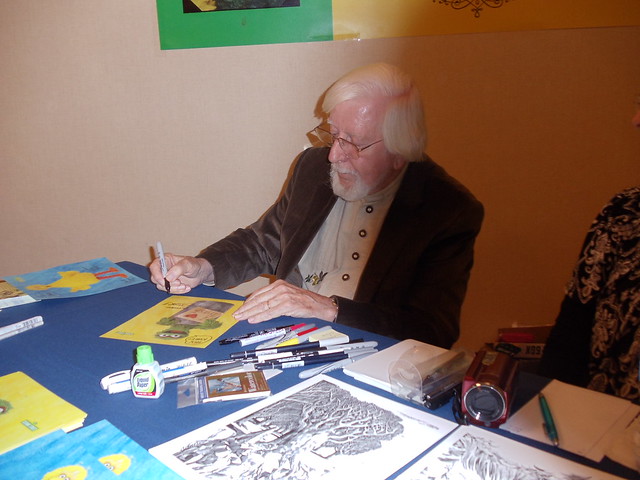 Several years later, in April of 2016, I decided to get him one last time on a full LP of the Sesame Happy Birthday album, which I'd found mint in a store. I was hanging with capman, and clearly Caroll had greatly slowed down but was nice as ever.

very sad, grew up watching him make people happy on sesame street! thank you for everything R.I.P
Top

I had went to my first chiller on in 2008 on a Friday night knowing he was going to be there. It was my first time meeting him and to my shock, NOBODY was in his line nor waiting for him. I had him for a good 25 min. First thing was , i saw his book, and he asked me " Do you want a picture?" I said yes please, something with a xmas themed. His wife sweetly, and timidly asked me said " It would be $50, is that alright?" I quickly said yes as she had no idea that I would have probably paid double.

He drew a wonderful BB xmas themed drawing (shared here), and i got to ask him all about the Hooper Episode and tons of stuff about Christmas Eve on Sesame Street ( One story was he wanted to be part of the skating scene but the producers would not let him so they hired a professional). He took about 20 min drawing my picture, and then i asked "i would like to get my dvd cover signed as well". He wife " oh , since you bought a book, that will be 10 more". He quickly said " no, no, i'd be glad to sign for free, I like this boy". I was so thrilled. I did not get a picture, but I was happy to meet him
- April or Oct. 2012 chiller ( he did one more picture in the back of the book),
- May 2014 in Montclair at "I Am Big Bird" to which he brought Oscar,
- Oct. 2014 at SiriusXM ( to which he signed the photo from MAy 2014 free)
- Oct. 2014 at chiller weeks later to which he did that famous video for me without me asking
- Feb. 2015 ON the Sesame Street set
- May 2015 at the MOTMI for IIBB movie ( got a oscar pic with him that didn't come out great)

and finally , 2016 with Greg in PA to where we first saw his decline. He signed a Christmas Eve on SS promo picture for me, but sadly, his graph was not the same. I ended up selling it to buy a Jim Henson auto.

By far, he was the nicest, non ego star I have ever met, not to mention of how important he was to me. He maybe was pushed to work a little harder than he should have these past three years, however, i am SOOOO glad I got to meet him multi times from 08-16. His work will live on and I'm happy I have him in my collection

Met Caroll for the first time at Wizard World Chicago back in 2015 & he was a very nice guy who took the time to really talk to everyone & even drew a bit on the figure I had signed.

I saw him again this past summer at Eternal Con. I went over to meet Emilio Delgado & since the 8x10 I picked up had Big Bird & Oscar on it, I figured I get Spinney on it too.
Top

Cap the photo with him and the Grouch is legendary! Wish I had that. You know, when I met him at Chiller, he also apologetically asked for $30 or whatever it cost. Ha ha.

For anyone who wishes to hear me babbling to Caroll and his wife at Chiller, the clip is at about the 1hr 13min mark of Paunch Episode 207. I even got him to do a quick Big Bird/Oscar banter, which was obvious quite a highlight for me!

Almost 50 years ago Carrol was working with Jim on Oscar’s voice in the small Muppets Studio on 53rd Street and 2nd ave in NYC. But it was Big Bird who grew into being the character most emblematic of Sesame Street. And Carrol’s spirit made that happen. What an amazing legacy.

Sad sad day. The last time I saw him, he gave me two yellow feathers, which just made my day... It was sad to see how his illness crippled a once lively and outgoing guy. 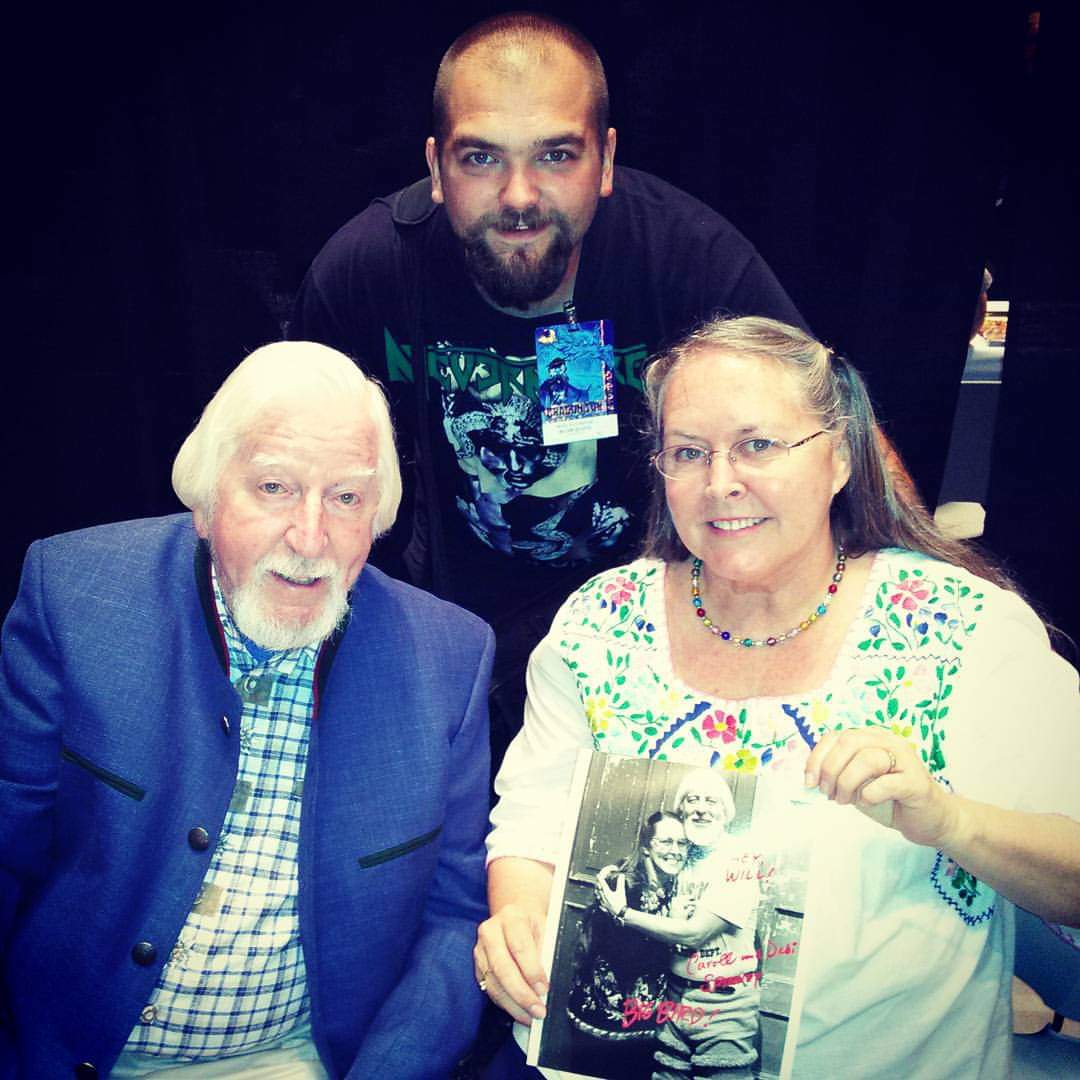 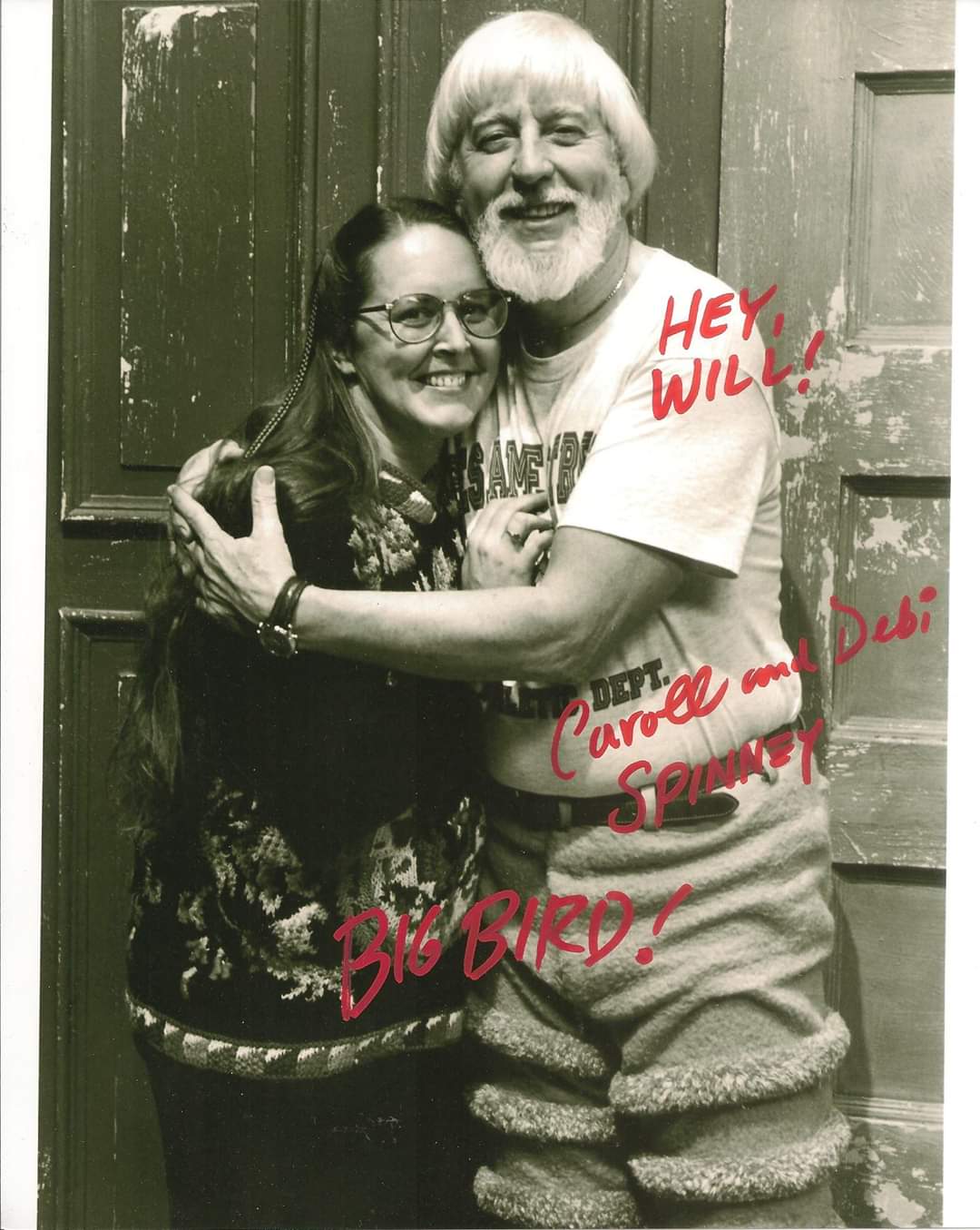 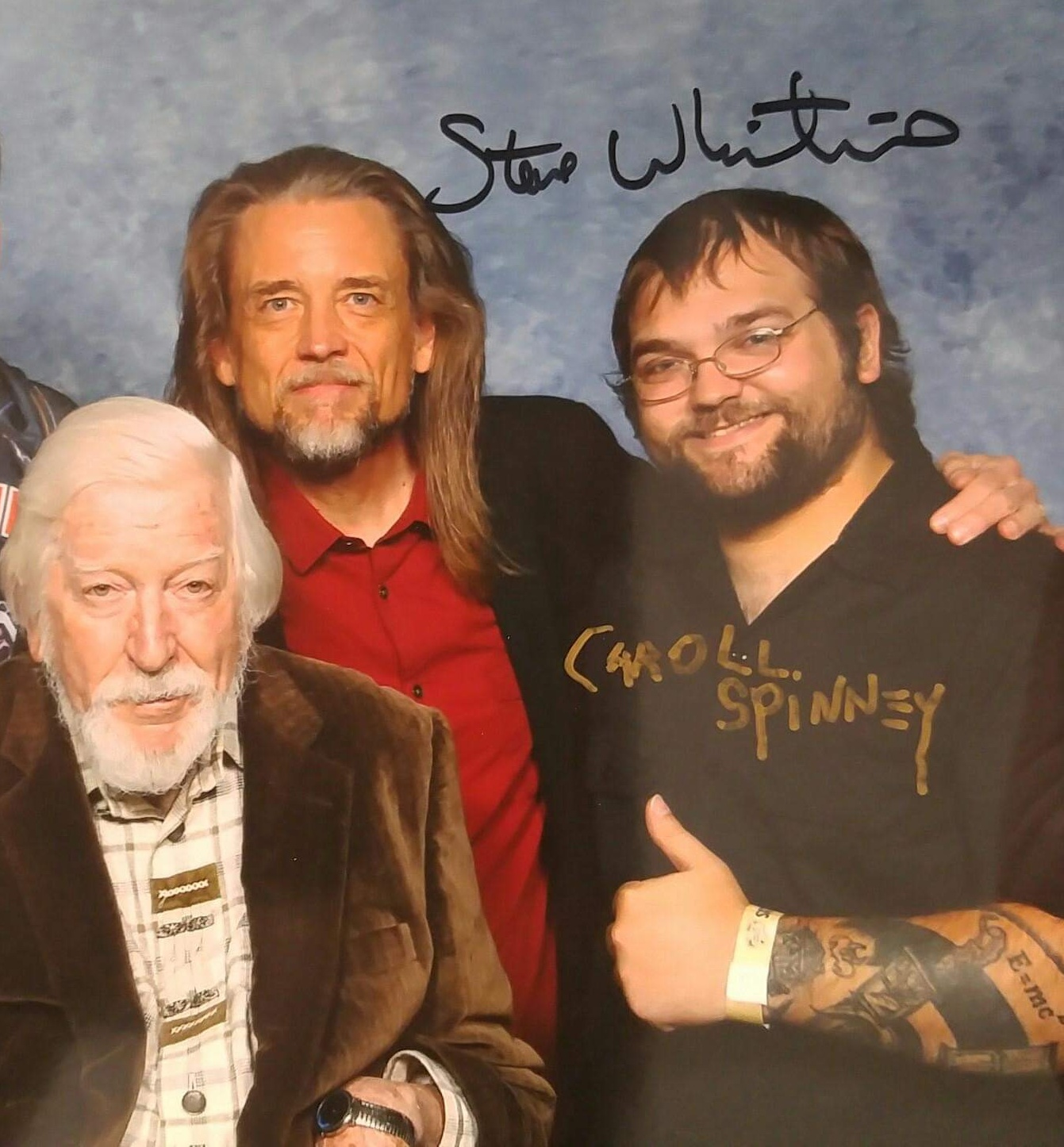 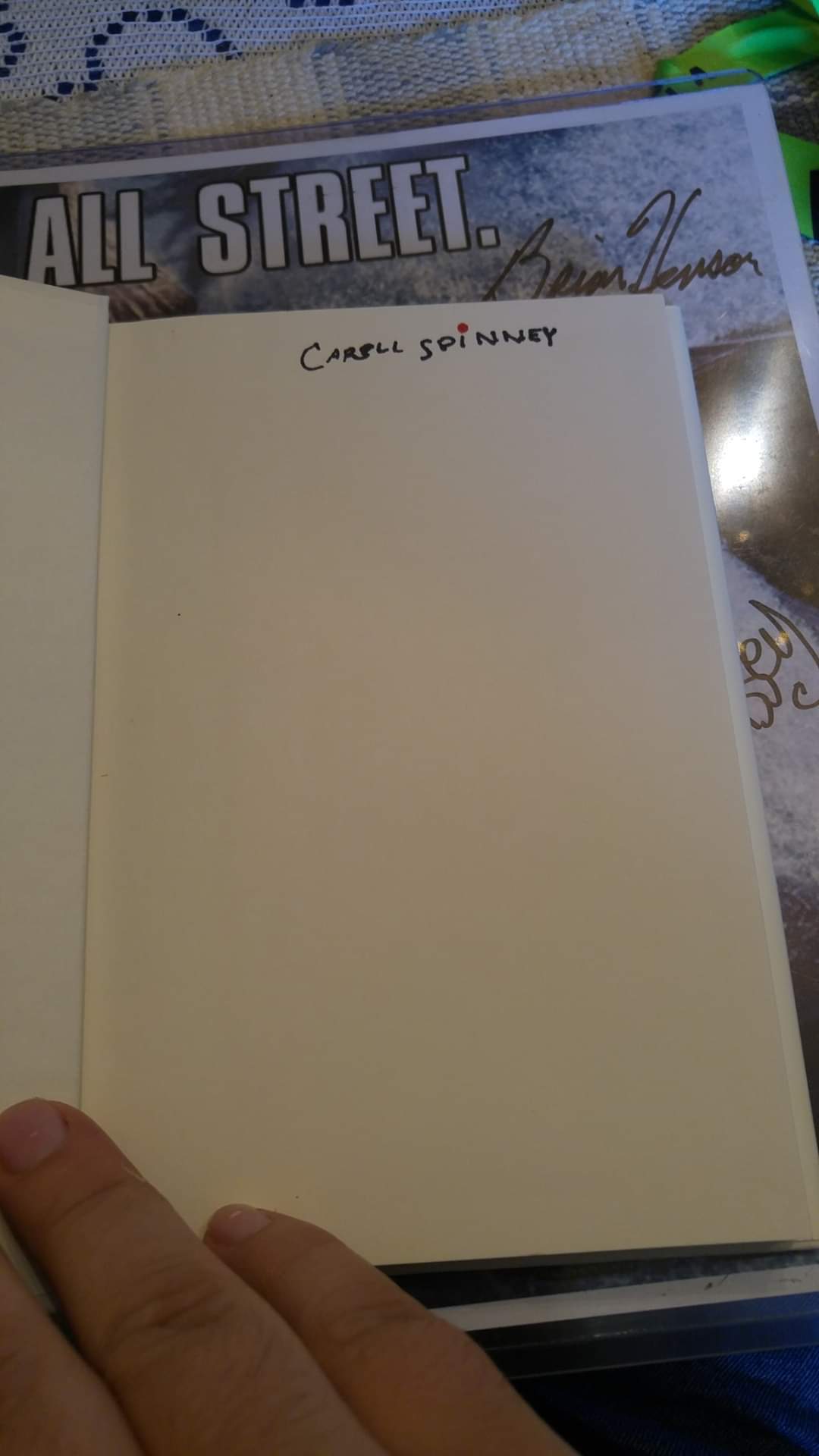